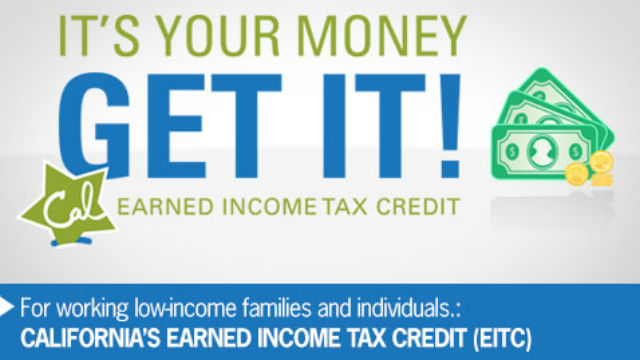 A new state tax credit program that, combined with a federal program, could put $600 million in the hands of working San Diegans was celebrated Friday by Assembly Speaker Toni G. Atkins, who championed the program in Sacramento.

“The federal Earned Income Tax Credit has a demonstrated track record of improving the lives of working families,” Atkins said. “Adding the new California EITC is a tremendous opportunity for hard-working Californians to keep more of the money that they earn and help them to take care of their families. We can’t miss the chance to bring home these dollars for San Diegans. The end result is a stronger local economy.”

The two programs refund taxes to working men and women who meet certain income limits set by the federal and state governments.

“This tax season, nearly $600 million in San Diego is available between the state and federal EITCs for San Diego’s working families,” Weber said. “That’s an estimated 50,000 filers who are eligible for CalEITC in San Diego County, benefiting up to 120,000 people.”

The California tax credit was designed to complement the impact of the federal one, so many of California’s working families now eligible for both state and federal benefits.

Historically, California taxpayers have ranked among the lowest in filing for the federal credit, leaving up to $1.8 billion on the table. Now with nearly $400 million through the California credits, an estimated $2.3 billion is available for Californians between both the state and federal programs.

A new public-private campaign called CalEITC4Me aims to make sure these much-needed dollars get to the people who earned them.