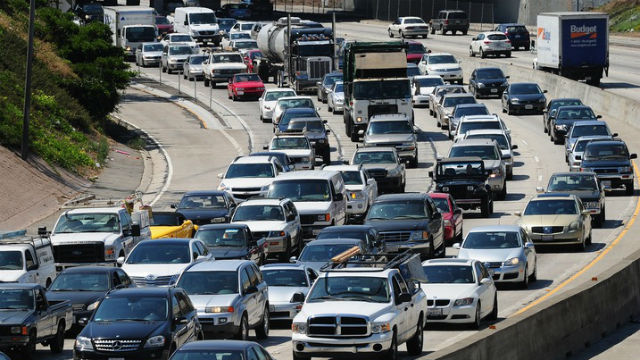 A Chula Vista woman gave birth to a healthy baby boy on the side of Interstate 15 near Normal Heights over the weekend with the help of her sister — a former labor and delivery nurse — who happened to be in the car at the time, it was reported Wednesday.

Christina Jenkins gave birth to her third child, Grant Jenkins Jimenez, after her husband pulled over near Adams Avenue. Luckily, her sister Clarissa Coladilla, who spent nine of her 13 years in nursing in labor and delivery, had been along for the predawn ride, NBC7 reported.

“You never think you’re going to deliver your own family member’s baby, let alone in a car,” Coladilla said.

The trio knew they wouldn’t have made it to a hospital before baby Grant arrived. Jenkins’ husband was on the phone with a 911 dispatcher at the time, according to NBC7.

“I was screaming ‘It hurts. He’s coming. He’s there,” the new mom told the television station.

Paramedics arrived shortly after the baby was born.

“We’ve always been close, but to know she was there when I seriously needed someone, and willing to do anything. That’s amazing,” Jenkins said.

Woman Gives Birth to Third Child on Side of I-15 With Sister’s Help was last modified: December 9th, 2015 by Debbie L. Sklar