The return of radio station XEPRS 1090-AM, rebranded as “The Mightier 1090,” could occur as soon as the Fourth of July to coincide with the resumption of Major League Baseball, according to advertising agency president Bill Hagen, the station’s major investor.

“We would love to return to the airwaves at the same time as baseball,” Hagen told the Times of San Diego.

Previously known as “The Mighty 1090,” 1090-AM has been off the air since April 2019, after a dispute over leasing fees for the Tijuana-based signal transmitter. The Mighty 1090, a fixture in the market since its founding in 2003, was operated by Broadcast Company of the Americas, which is now out of business.

Hagen, owner of Out The Window Advertising, based in Flagstaff, AZ, said he has secured a five-year lease of the 1090-AM frequency from Andreas Bichara Assad of Interamericana de Radio in Rosarito, the Mexico-based signal tower operator.

“Every day we make progress towards the relaunch,” Hagen said. “Things have taken longer than first anticipated because of the challenging circumstances in the world due to the coronavirus. But, everything is positive. We’re on track.”

“We want to be more about just sports talk 24/7,” he said. “Yes, sports will be part of the mix, but not all of it. Instead, we will also focus on lifestyle programming.”

Since word has spread about “lifestyle programming” options, Hagen said hundreds of personalities have contacted him. “There is a ton of interest in the station,” he said.

However, the station’s anchor personality, said Hagen, will be Scott Kaplan, who spent 16 years at The Mighty 1090. “Scott is the all-star of sports radio in San Diego and Southern California,” Hagen said. “We couldn’t be happier that we came to an agreement with Scott.”

“The Mighty 1090 was the number one station in the market for several years, and the Mightier 1090 will be number one again very soon,” said Hagen.

The station will target listeners throughout Southern California, not just San Diego, Hagen said. Because of the 50,000-watt signal, 1090-AM can be heard as far north as Santa Barbara.

Hagen declined to comment on a question about a dollar amount for his investment. “I won’t comment on that, I would rather talk about the station,” he said.

Out The Window Advertising, established in 1998, operates offices in Flagstaff and Phoenix in Arizona and Carlsbad in North San Diego County. Hagen, who owns a home in Carlsbad, said the ad agency specializes in automotive dealerships.

BrandSavants, an advertising agency headquartered in Point Loma, was recently honored with 15 awards for its creative work on behalf of Palomar Health’s Orthopedic and Spine Center in North San Diego County and Riverside Medical Clinic in Riverside County.

Award categories included print advertising, radio and TV campaigns, outdoor advertising and video production, according to Russ Cornelius, CEO of BrandSavants. The awards, including four golds, four silvers, three bronze and four merits, were from the Healthcare Advertising Awards, a national awards program that recognizes healthcare marketing and advertising. The awards program, now in its 37th year, received more than 4,200 entries. Cornelius said it is the largest healthcare competition in the country.

“We’re very grateful for the recognition and the opportunity to provide our clients with efficient and uniquely effective creative solutions,” said Cornelius, who founded his firm in 2002. “Healthcare branding must consistently communicate an organization’s distinct advantages, and we’re excited to deliver compelling, memorable brand solutions that are crucial to our clients’ success.”

San Diego County Credit Union reports it recently won three 2020 Hermes Creative Awards. SDCCU was recognized with a Platinum Award for its commercial, “Stop Feeding the Bankers” in the electronic media, video, TV ad category; a Gold Award for it’s efforts at the SDCCU OC Marathon in the public relations-communications, strategic programs and special event category; and a Gold Award in the advertising category for its airport display, which includes a dual screen video in Terminal 1 at the San Diego International Airport.

“SDCCU couldn’t be more honored to have our marketing efforts recognized with these awards,” said Teresa Campbell, SDCCU president and CEO. “This acknowledgement reflects our team’s dedication to continuously creating innovative marketing collateral to showcase the SDCCU brand.”

The Dallas-based Hermes Creative Awards, now in its 14th year, recognizes excellence in branding collateral, websites, videos and advertising, marketing and communications programs. Winners range in size from individuals to media conglomerates and Fortune 500 companies. The competition is administered by the Association of Marketing and Communication Professionals.

‘Add Zing to Your Zoom’ Webinar on Zoom Meetings

The San Diego Press Club will present “Add Zing to Your Zoom,” a free webinar on tips for successfully presenting yourself live online, from 6 p.m. to 7 p.m. on Thursday, May 28. The public is invited to participate.

Topics will include how to improve your presentation skills and online personal polish in our new online and remote environment and performance tips to help you appear professional and confident on camera in front of a virtual crowd. Additional tips will include camera position, lighting and background, along with how to adjust your speech and prepare your messages. 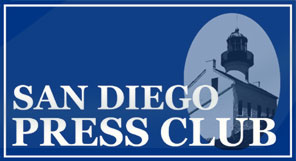 Speakers will include: Luis Cruz, community and public relations director, The San Diego Union-Tribune, who is an Emmy award-winning journalist with more than 25 years of television broadcasting and digital video experience; Gayle Lynn Falkenthal, a former broadcaster and talk-show host who has operated Falcon Valley Group, a San Diego strategic communications consulting firm, for the past 17 years; and Denise Scatena, founding partner at Scatena Daniels Communications and an award-winning PR pro with more than 20 years of strategic media outreach and communications experience.

Registration is available online at sdpressclub.org. After registering, the Zoom link and login information will be emailed to registrants. The webinar is part of the Press Club’s “Nuts & Bolts” series.

MarketInk: ‘The Mightier 1090’ Could Relaunch by July 4 as Baseball Returns was last modified: May 26th, 2020 by Editor