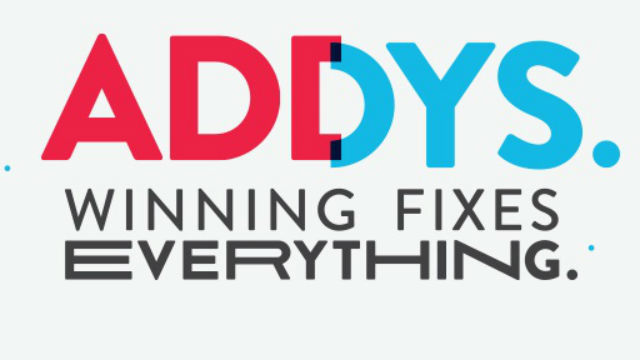 The Best of Show award in the professional category was presented to i.d.e.a. for a video called “Save The Inventor – Dream Small” for Innovation Alliance, the client. Kristen Sugihara and Marty Allen, students at San Diego Portfolio Studio, won Best of Show in the student category for their project for Senz Umbrellas. A special judges award was presented to Wedge & Lever for “View From A Blue Moon,” a book produced for Hurley, the client.

As follow-up to the local awards program, SDX will pay entry fees for Gold winners competing at the district level, which comprises Southern California and Southern Nevada. Then, district winners can advance to the national American Advertising Awards, presented by the American Advertising Federation (AAF). Last year, three San Diego marketing firms — emota, Inc., BASIC and Piston — were honored with national ADDY awards. AAF is a national advertising trade organization with members comprising more than 150 local advertising clubs, including SDX. The national ADDYs program is known as the world’s largest and arguably the toughest advertising competition with more than 40,000 entries annually.

Founded in 1911, SDX, formerly the San Diego Ad Club, is San Diego’s largest and oldest local networking and professional group for advertising and marketing executives with more than 250 companies representing about 600 members.

Red Door Interactive, an advertising agency with offices in San Diego and Denver, is moving its Carlsbad office to Encinitas in April. The Encinitas address, 687 S. Coast Highway, #240, in the Pacific Station mixed-use complex, has 1,640 square feet, compared to 2,955 square feet in Carlsbad. The Carlsbad office opened five years ago.

Reid Carr, Red Door CEO, said, “This new Encinitas location not only offers an easier commute for our North County employees, but also provides access to a wide variety of walkable amenities such as, food, fitness, entertainment, access to public transportation and, of course, the beach. We place a great deal of emphasis on teamwork and collaboration, so our workspace has to be reflective of that. This new facility enables our North County team to experience the same level of camaraderie as those working in our Downtown or Denver offices.”

Red Door, with more than 60 employees, has been recognized three times as a Best Place to Work by Advertising Age, a trade publication. The agency’s client list includes Bosch & Themador, ASICS and Univision.

San Diego-based Broadcast Company of the Americas has named Sammy Jo Golesh as the new morning show producer on MAX-FM 105.7.

Her work on the “MAX Morning Show” with co-hosts Frank Anthony and Kim Morrison also will include on-air contributions, as well as behind-the-microphone coordination, according to Mike Shepard, BCA VP of programming and operations.

For the past six years, Golesh worked as an on-air talent and morning show producer for Jagger & Kristi’s show on XHRM-FM Magic 92.5.

Edina Macic Joins Rick Morton on Z-90 in The Mornings

Macic left radio in 2015 to work as a TV morning show producer in Boise, Idaho. Before that, she spent five years on the air at KWYD-FM in Boise. “I missed that fun energy you only get from your favorite radio station,” Macic said.

“We had the good fortune to meet with a handful of super talented people for this role, but Edina stood out,” said Randy Williams, program director. “Her unique story, her different perspective on life, and the already amazing chemistry between her and Rick made Edina our obvious choice.”

Public affairs firm Focuscom has promoted Olivia Stafford to account executive on a full-time basis. The announcement was made by Tomas Urtasun, Focuscom’s vice president.

Stafford joined the firm in 2014 as an intern and worked at the firm throughout her college years as a part-time account coordinator. She graduated in 2015 from Point Loma Nazarene University with a bachelor’s degree in Spanish and public relations.

Founded in 2006, Focuscom works with clients in a variety of industries, including energy, information technology, hospitality, gaming, landscaping and government.