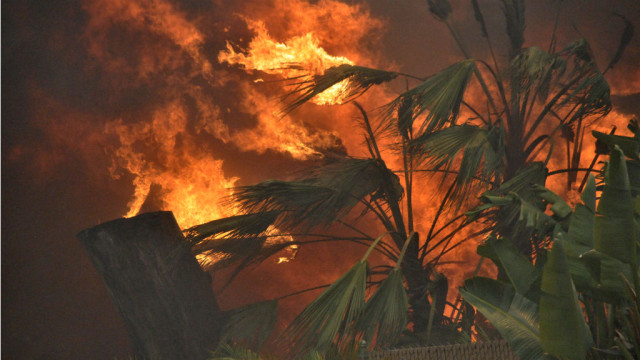 The Riverside County Board of Supervisors Tuesday approved an inaugural automatic aid agreement between its fire department and the San Diego County Fire Authority, under which each agency will lend a hand during wildfires and other emergencies within a few miles of the county line.

In a 5-0 vote without comment, the board authorized the compact until June 30, 2025, when it will expire, or the parties decide to continue it.

“Riverside County and the San Diego County Fire Authority will benefit with the automatic aid agreement, by securing automatic aid in fire protection, in the protection of life and property from fire, and in firefighting for the residents and visitors of both areas,” according to a county fire statement posted to the Riverside County board’s policy agenda. “With the increased fire potential, which is predominately due to the water drought, both parties will be better prepared for the fire season, or any emergency each party may potentially face.”

Riverside County maintains automatic aid agreements with several jurisdictions, but this is the first such compact with San Diego County.

The agreement specifies that either fire agency could be called upon to send resources to wildfires on either side of the county line — up to five miles inside their respective jurisdictions.

“However, neither party shall be required to reduce its own fire protection resources, personnel, services and facilities to the detriment of its normal fire protection capability,” according to the compact.

Generally, neither fire agency would be responsible for costs incurred by the other in meeting obligations established by the accord, but there would be exceptions, including when specialized equipment is put to use and some maintenance is required during extended deployments, according to the terms.