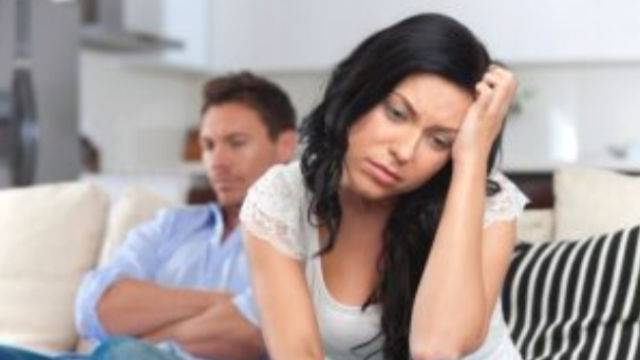 Scientific advancements in modern medicine have made the impossible possible for couples with infertility problems.

But these advancements sometimes create an additional wrinkle in the divorce process once a marriage is on the rocks, and sometimes their repercussions can be felt years after a divorce is finalized.

The latter is the case for a divorced Missouri couple battling over the future of two frozen embryos created through in vitro fertilization, or IVF.

Jalesia McQueen, 44, wants more children and wants to accomplish this using the embryos, which were created during her marriage to Justin Gadberry, according to the St. Louis Post-Dispatch. Her ex-husband doesn’t want more children, and doesn’t believe he should be required to reproduce against his will.

The case reached the Missouri Court of Appeals in June. It is unknown when a decision will be announced.

aThis situation is complicated because the couple signed an agreement in 2010 that gave McQueen the embryos if the couple divorced. Gadberry backtracked during the divorce process and tried to block McQueen from getting them. However, a St. Louis County Family Court commissioner ruled in 2015 “that they were a unique form of ‘marital property’ and awarded them jointly to the two,” according to the Post-Dispatch.

McQueen isn’t alone in her fight to reproduce post-divorce. In 2015, California anesthesiologist Dr. Mimi Lee lost her fight to retain embryos created via IVF in 2010. She and her then-husband, Stephen Findley, signed an agreement stating the embryos would be discarded if the couple divorced, the Wall Street Journal reported.

They divorced later in 2010, and unlike the Missouri case, a judge upheld the agreement Lee and Findley signed and ordered the embryos destroyed.

Such an agreement doesn’t always hold up in court. In 2015, an Illinois appellate court upheld a ruling that granted custody of three frozen embryos to a cancer survivor, according to a Chicago Tribune article. Dr. Karla Dunston was diagnosed with cancer and had to undergo chemotherapy. Prior to treatment, she asked her then-boyfriend to provide sperm. He did, but he never signed a co-parent agreement giving Dunston control of the embryos. The couple’s relationship ended in 2010, and the ex-boyfriend changed his mind after negative reactions from friends and a new girlfriend, according to court documents.

Luckily, couples sometimes can agree on the fate of frozen embryos in light of divorce. In May, the New York Daily News reported that former Knicks coach Derek Fisher and his ex-wife Candace would destroy their frozen embryos that were created during their marriage.

These four cases outline the disparity in judgments, depending on various circumstances and the states in which the couples reside. So how can you protect your wishes and win a legal battle over the fate of embryos created via IVF?

In a case our firm handled recently, the couple executed multiple contracts in connection with IVF in which they agreed that in the event of a dissolution of their marriage, the frozen embryos would be made available to either party.

This vague language provides for potential legal ramifications to either party when the parties disagree as to the use and disposition of those embryos. In this case, one party wanted the embryos destroyed, but the other wanted to keep them and had paid all storage fees since separation. Unless the parties wanted to spend an exorbitant amount of money to litigate the issue in court, one of the parties had to concede.

However, this is not a finalized resolution. Legal problems may arise in the future if the wife becomes pregnant as a result from one of the embryos.

Where embryos are created during marriage, as was the case here, the husband may not be treated as a “donor” within the meaning of California Family Code Section 7613(b), despite the couple’s intent and agreement otherwise.

This means the wife could seek child support from her ex-husband in the future. The husband also could seek paternity rights the child.

The statutory language defining a “donor” under state law is clear, but because these are more recent cases, there is not a lot of case law on the issue so we don’t know how courts are ruling on the issue. One party could attempt to set aside the master settlement agreement provision regarding this. One way we attempted to prevent this was to allow the other party to set aside the entire agreement, with the aggrieved party entitled to actual attorney fees and costs in his or her defense.

Meet with an attorney who specializes in family law if you are considering going through IVF. Taking responsible steps before you go through the fertility process can save you a great deal of anxiety, anger and heartache down the road, should your marriage end in divorce.

A Modern Dilemma: What Happens to Frozen Embryos After Divorce? was last modified: September 5th, 2016 by Editor