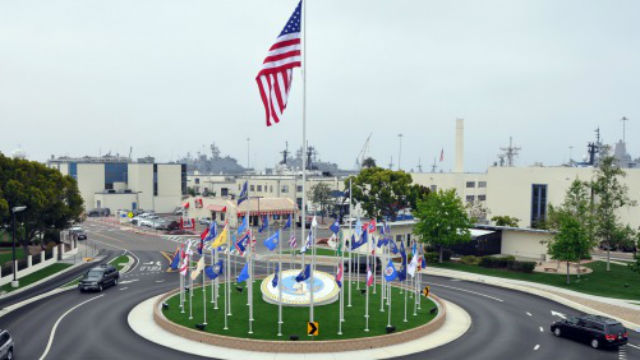 The latest in a months-long series of unfounded bomb threats at Naval Base San Diego and nearby shipyards prompted a security alert Wednesday at the Barrio Logan-area military installation.

A vague, but menacing message was found written in a portable outhouse on a ship docked at Pier 7 this morning, according to officials with Navy Region Southwest. It was the 21st such unfounded threat since November, and the second in as many days.

“While these threats have all been hoaxes, each one is approached with the urgency and seriousness a threat to human life warrants,” said Gunnar Newquist, special agent in charge of the NCIS Southwest Field Office. “The deliberate attempts to interrupt maintenance and operations on our nation’s warships are a serious matter and will ultimately cost the U.S. taxpayer hundreds of thousands of dollars.”

Similar incidents have plagued Naval Base San Diego and two adjacent shipyards, BAE Systems and General Dynamics NASSCO, and resulted in costly disruptions as well as needless frustration for military personnel and civilian workers. Most of the threats have been brief, and only consisted of a few words, including “bomb,” and a date, authorities said.

The NCIS and the shipyards are offering a reward of $10,000 for information leading to one or more arrests in the case. Anyone with information about the threats is asked to call the NCIS at (619) 556-1364, or to text their tips with “NCIS” at the beginning to 274637.