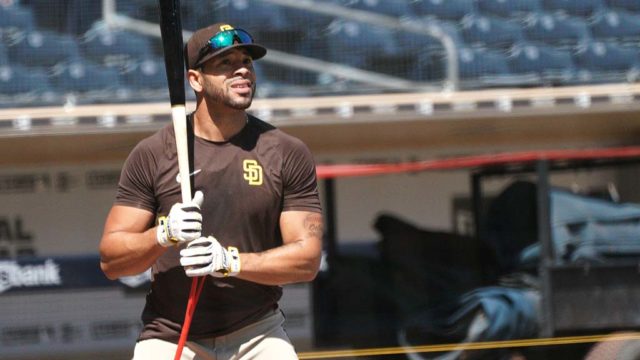 Pham, 32, was stabbed around 10:30 p.m. Oct. 11 outside Pacers Showgirls International by an unknown person or persons who took part in a fight that broke out in the club’s parking lot.

According to the lawsuit filed Tuesday in San Diego Superior Court, the fight outside Pacers left Pham “trapped” inside the club.

The suit alleges the club’s private security “escalated the risk” to Pham “by participating in the fight and antagonizing” the fight participants.

The suit also alleges club employees did not contact law enforcement “or take any reasonable measures to mitigate” the dangers. Due to unspecified “incidents of violence by third parties” that had occurred at the club in the past, the lawsuit alleges Pacers should have been aware of the possibility of a similar incident and taken measures to prevent it.

A representative with the club could not immediately reached for comment.

Pham later tried to leave the club, and while walking toward the valet stand to get his car, he was attacked by someone who stabbed the major leaguer “without any provocation,” the complaint states.

A statement released by the Padres shortly after the incident described Pham’s injury as a non-life-threatening slash wound to his lower back, while the lawsuit alleges he suffered “catastrophic injuries, which have and will continue to cause him significant economic damage, including but not limited to his earning capacity as an elite professional baseball player.”

Police have not announced any arrests in connection with the stabbing.

A hearing in the case is currently slated for June 25, according to court records.