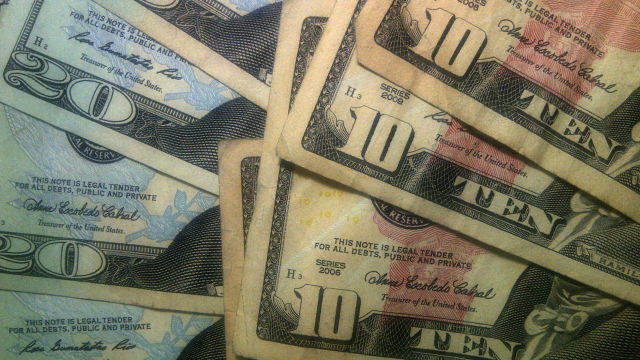 Photo credit: Alexander NguyenSeveral Southern California border-area branches of Netherlands-based Rabobank laundered money for international drug traffickers, failed to properly investigate the suspicious transactions and then deceived and obstructed federal investigators who were on the verge of discovering the illicit activity.

On Wednesday, the bank pleaded guilty to a felony conspiracy charge in U.S. District Court in San Diego and agreed to forfeit more than $368 million, the largest financial penalty ever levied in a federal courtroom in the San Diego region.

The massive forfeiture sum corresponds to the estimated amount of suspicious transactions that went unchecked over a four-year period, the San Diego Union-Tribune reported.

“Rabobank had an obligation to shine light on suspected drug traffickers, money launderers and organized crime,” U.S. Attorney Adam Braverman said in a statement. “Instead, this bank deliberately allowed hundreds of millions of dollars of suspicious cash transactions and wire transfers to flow through its branches and took measures to hide this activity from regulators.”

Making matters worse for the bank, this wasn’t the first time it failed to properly monitor transactions for possible money laundering, federal prosecutors said. The U.S. Department of the Treasury’s Office of the Comptroller of the Currency previously imposed regulatory sanctions on the bank in 2006 and 2008 “for nearly identical failures.”

The bank’s plea — for a charge of conspiracy to defraud the United States and to corruptly obstruct an examination of a financial institution — came about two months after former Rabobank vice president George Martin entered into a deferred prosecution agreement for his role in obstructing the investigation. He is “cooperating with the continuing investigation,” federal prosecutors said.

But maybe more importantly, as part of its plea agreement, Rabobank also agreed to cooperate with federal authorities as they “continue investigation of additional criminal conduct,” which could help authorities trying to dismantle drug trafficking operations.

Rabobank admitted in the plea agreement that it was aware the suspicious transactions made by certain customers were indicative of international narcotics trafficking, organized crime and money laundering, federal prosecutors said.

“Despite this risk, the bank solicited businesses and individuals conducting these transactions, and failed to adequately monitor and conduct adequate investigations into these suspicious transactions,” the prosecutors said.

The bank admitted that its deficient anti-money laundering program allowed hundreds of millions of dollars in untraceable cash — from Mexico and elsewhere — to be deposited into rural bank branches in Imperial County and Tecate, the tiny San Diego County community just across the border from Mexico’s much larger city of the same name.

When federal regulators from the Department of the Treasury were on the brink of discovering the irregularities in 2013, “Rabobank executives actively sough to deceive the regulators as to the true state of its operations,” federal prosecutors said.

“The integrity of our financial system depends on prompt reporting by banks and other financial institutions of suspicious, potentially criminal transactions, and on these entities’ truthfulness and transparency with their regulators,” Acting Assistant Attorney General John P. Cronan said in a statement. “Rabobank’s guilty plea … and forfeiture of more than $360 million is a warning to financial institutions that there are significant consequences for banks that engage in obstructive conduct in an effort to hide their anti-money laundering program failures from their regulators.”