San Diego radio deejay Kristi Jagger of XHRM-FM Magic 92.5 recalls a recent phone call on the request line with a listener who was complaining about stir-crazy confinement and hunkered-down at home because of the coronavirus.

“I know exactly what you mean,” said Kristi, who was correct in her response. That’s because Kristi, along with husband Mark, hosts of “Jagger and Kristi in the Morning,” also were at home, broadcasting from an upstairs spare bedroom.

COVID-19 has forced a number of San Diego radio personalities to relocate their shows from the station operator’s studios to an improvised home studio. The personal impact of the virus crisis on radio broadcasters has resulted in an even deeper connection between on-air talent and listener, even while everyone deals with their own personal fears and anxiety over virus uncertainties.

“Radio is the ultimate personal, one-on-one medium where on-air talent not only provide information entertainment but also, in times of crisis, serve as therapists, counselors and sounding boards,” said Bob Bolinger, a veteran San Diego radio executive who has served in management roles for more than 30 years with several stations. “In these unprecedented times, most personalities are now doing their shows at home, shuttered like their fans who are, thus, developing an even stronger bond and trusted relationship with an greater need to hear friendly, familiar, credible voices.”

“Even though broadcasters are considered essential workers, our management (Local Media San Diego) wanted staff to follow the shelter-in-place protocol if possible,” said Kristi. “So, for the past several weeks, I’ve been in quarantined at home, too. But, now I have a window to look at the bunnies in the morning.” The Jaggers’ weekday shift starts at 5 a.m.

“We want to be there for our listeners and help them through these challenging times,” said Mark. “We did it before during the San Diego County wildfires and the 9/11 attack. Our goal is to convey important serious information with a comfortable approach and keep life in perspective.”

The Jaggers have worked together as on-air personalities since 1996. They were married in 1997 and have been heard since 2005 on Magic 92.5, which is operated by Local Media San Diego.

Another top-rated morning show originating from a home is “The Show,” heard on iHeart San Diego’s KIOZ-FM Rock 105.3. “The Show” has been broadcasting weekday mornings (6-10 a.m.) from Eddie Pappani’s game room since March 23. Pappani’s co-hosts include Sky Williams, Thor Dodd and Emily Griffiths.

“For me, broadcasting from home has been a blessing,” said Pappani. “I’m lucky enough to have a space off my main residence where we all come to every morning to do the show. My crew feels safe and we are still able to do what we normally do. So, it’s been business as usual for us.”

Like anyone isolated from their normal workplace environment, Delana Bennett admits broadcasting from home hasn’t been easy. Bennett, a familiar voice on San Diego airways for the past 20 years, is heard afternoons, from 2 to 6 p.m., on iHeart’s KMYI-FM Star 94.1.

“I miss being in my regular studio and the regular interaction with co-workers and listeners,” she said. “One of the reasons I had to broadcast from home is because we thought one of our co-workers might have been infected. That caused us to be quarantined at home until we were sure he wasn’t sick.

“It’s not easy to do the show from home. It takes a lot longer to put the show together. Radio is a personal, local, intimate medium and I feel it’s very important to bring some normalcy and calm to what’s happening. So, I’m extremely grateful I can do a show this way. I’m happy the show still sounds good.”

Bennett also admits difficulties in dealing with her anxiety and vulnerabilities while projecting calm and poise in front of the microphone for the benefit of listeners.

“I suppose everyone is having trouble sleeping,” she said. “Listeners have opened up to me because I’m going through the same thing. Also, I’ve had some issues with recording breaks. When I get calls from daughters honoring mothers who are nurses or best friends, or best friends who are worried about their friends in the hospital, those are tough for me to get through.

“Once I was trying to read a letter from a parent to grads about how the future will be okay, even though they are missing out on so many things. I broke down crying and it took me seven takes to record the break without falling apart.”

While broadcasting from home, some radio personalities have added new programming segments to help listeners. Chino, heard afternoons, from 3 to 7 p.m., on iHeart’s KHTS-FM Channel 93.3, created a “Quarantine Request Hour.”

“As air personalities, we have to set our personal issues aside and focus on the needs of those listening,” he said. “The Quarantine Request Hour is a chance for listeners to let us know how they are coping. It’s a way for San Diego to get things off their chest and to know we are still here for them.”

Another programming twist offered by Entercom San Diego’s KYXY 96.5-FM is playing Christmas music daily from noon to 1 p.m. and from 7 p.m. to midnight in an effort to hopefully relieve some coronavirus pandemic stress. Sherry Knight, the station’s nighttime deejay, is broadcasting from her home.

“Of course, I would rather be in the studio, but I’m happy Entercom took the steps to have me do my show from home,” she said. “I’ve been getting a lot of positive responses from the Christmas music, it’s a great way to lift spirits.

“One of our engineers came to our home and bought all the equipment and showed me what to do, so it’s been easy for me to continue the show at home. However, when I’m on the air, I cause the whole house go off Wi-Fi. It’s probably more of a challenge for the rest of my family because they have to wait for me to be done.

“Every show I try to do my best and give important information and positive stories. I have talked about my twin daughters and how they are seniors and how sad I feel for the class of 2020. I did break down on the air talking about that.”

Local Media San Diego has rebranded its recently acquired KFMB-FM radio station, which will now be known as “100.7 BIG-FM.”

Program Director Garett Michael told the Times of San Diego the new name describes the station’s playlist. “Other stations focus only on a few narrow genres with a few artists,” he said. “We’re featuring an expansive music library with different genres and playing a bigger variety of songs from hundreds of the biggest artists. We’ve opened it up and are appealing to a vast number of listeners with artists who people like and love. It’s unpredictable what you will near next.” 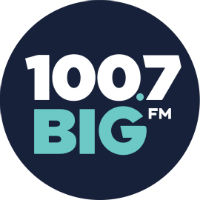 Michael said it’s possible that other stations around the country also are using the BIG-FM moniker. “I’m sure there are,” he said. “But we selected it because BIG-FM is a simple and succinct was to describe who we are. We play anything.”

In addition, Michael said the adult-hits format station is currently operating without deejays. “That was our original plan, but eventually we’ll hire the right talent,” he said.

In January, Local Media San Diego, headquartered in Sorrento Mesa, acquired KFMB-FM and its sister KFMB-AM station from Tegna for a reported $5 million. When the Federal Communications Commission approved the sale in mid-March, the AM station was sold to iHeart San Diego for an undisclosed price.

“It took a little longer than expected to get FCC approval,” Michael said. “We have permission from Tegna to use the KFMB call letters for up to a year, but that is not our intention. We’re waiting to hear back from the FCC about available call letters. After our selection, then there’s the official application process. Hopefully, we’ll know something in the next month or so.”

KGTV-TV/10News is among E.W. Scripps Company’s 60 TV stations in 42 markets that have launched two public service campaigns designed to help small businesses struggling with the economic impact of the coronavirus pandemic shutdown. 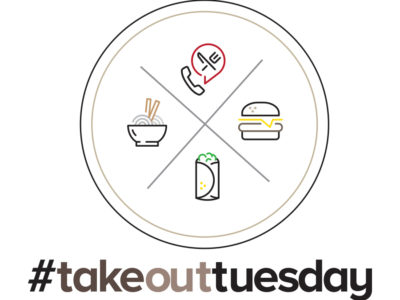 Viewers are encouraged to support local small businesses stay afloat through the “We’re Open” campaign that highlights businesses still currently in operation. In addition, the “Take Out Tuesday” promotes takeout and delivery on a normally slow day for the restaurant industry.

“The campaigns celebrate the good work being done by many businesses to support people in need during this time, while encouraging viewers to continue to patronize these local businesses and help them stay in business through this challenging period,” said Leon Clark, KGTV’s vice president and general manager.

“As Americans turn to local television for reliable local news and information, we will do our part to support our local economies by covering these businesses and supporting them through this public awareness campaign,” said Brian Lawlor, president of Scripps Local Media. “Our employees live and work in the communities they cover, so it’s important to us that our local businesses have a fighting chance of weathering this unprecedented storm.”

Due to the coronavirus pandemic, the Health Care Communicators of Southern California, a professional networking group, has switched a morning coffee mixer previously scheduled for Tuesday, April 21, to a virtual happy-hour mixer to be held from 4:30 p.m. to 5:30 p.m. on the same day over the Zoom online meeting platform. Registration is available at www.hccsc.org.

In addition to the mixer for members who work in San Diego, other mixers will be held at the same time for members who work in Loma Linda, Torrance and Riverside. The group said on its website, “We decided to swap coffee chats for cocktails. Grab your favorite afternoon drink, find a comfortable spot and join us for the first, official HCCSC happy hour.”