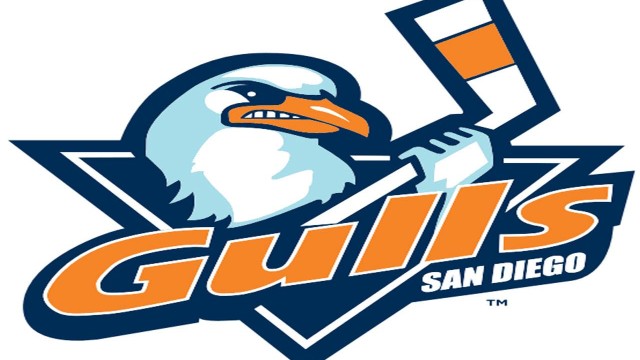 Brian McGrattan scored on a deflection with two minutes, 59 seconds to play to cap the San Diego Gulls‘ comeback from a three-goal deficit in a 4-3 victory over the San Antonio Rampage Sunday in San Antonio.

The 34-year-old McGrattan, the Gulls’ oldest player, redirected a shot from Brandon Montour past San Antonio goaltender Spencer Martin for his fifth goal of the season.

The Gulls were denied a chance to take the lead at 12:41 of the third period when Martin made a pad save on Joseph Cramarossa’s penalty shot, which was awarded when he was tripped on a clean rush at the net.

Montour tied the score with a power-play goal 1:41 into the third period, ending a 12-game goal-less streak. The point was Montour’s 19th on the power play, the most in the American Hockey League.

The Rampage, the Colorado Avalanche’s American Hockey League affiliate, took a 3-0 lead on goals by Borna Rendulic and Michael Schumacher in the first period and Chris Bigras in the second.

The Gulls will next play Friday night at the Valley View Casino Center, facing the Charlotte Checkers, the Carolina Hurricanes’ AHL affiliate.