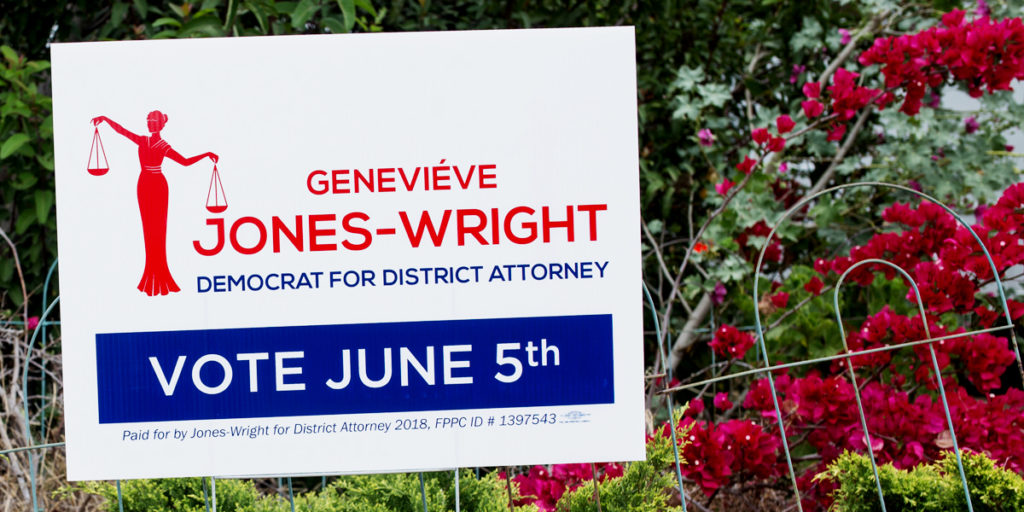 The outside money reported this week in the San Diego County district attorney’s race reached new highs, with spending by pro-Geneviéve Jones-Wright PACs totaling $1.5 million — more than double what they had last week.

Political action committees supporting her opponent, interim District Attorney Summer Stephan, continue to face a significant gap in spending. The PACs backing Stephan have spent nearly $664,000. And while that’s more than double what they reported last week, it’s about $874,000 behind what’s been spent to help her opponent.

These figures are from an inewsource analysis that includes campaign spending through Thursday.

Most of the support for Jones-Wright has come from New York billionaire George Soros, an advocate for criminal justice reform. This week, his California Justice & Public Safety PAC reported spending more than $691,000 for TV ads and mailings supporting Jones-Wright in the June 5 election. 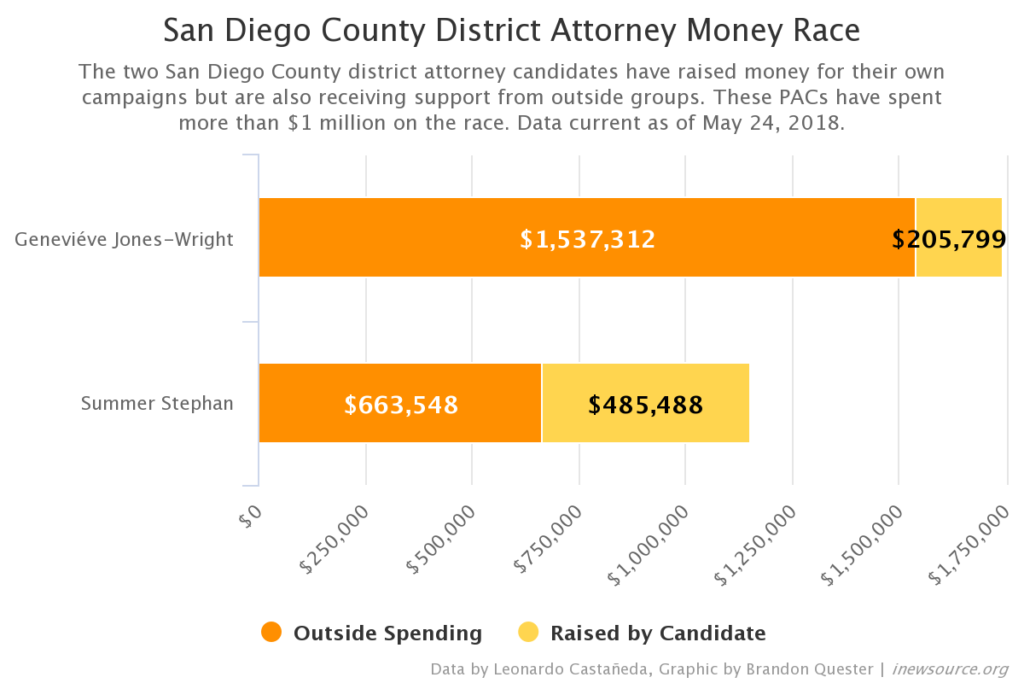 In all, the outside group has spent over $1.3 million to get her elected, more than all of the other PACs in the district attorney’s race combined.

According to the Los Angeles Times, Soros has spent at least $19.27 million since 2014 on 21 progressive district attorney candidates around the country. Thirteen of his candidates won. This year he is supporting four DA candidates in California, including Jones-Wright, a deputy public defender.

PACs can spend as much money as they want, but they’re not allowed to coordinate with candidates or their campaigns.

The main PAC supporting Stephan, sponsored by the Deputy District Attorneys Association, spent $251,200 in the past nine days to help get her elected. Most of that was on media buys. Stephan is finishing the term of former District Attorney Bonnie Dumanis, who resigned last year and is running for county supervisor.

The deputy district attorneys’ PAC did get a boost this week with two large donations that will be spent in the coming days: $300,000 from Jennifer A. Moores, a Democrat and daughter of former Padres owner John Moores; and $100,000 from the California Correctional Peace Officers Association PAC. That money also can be spent to support Sheriff Bill Gore’s re-election campaign.

San Diego political observers have said the PAC money in the district’s attorney’s race is unusual for a local campaign. But will the outside money make a difference in who wins?

“We just don’t know. The numbers and the polling are all over the map,” said longtime San Diego political consultant John Dadian, adding the election could go either way.

Dadian said the outside spending might help Jones-Wright, who is new to most voters and is running against an appointed district attorney who has a quasi-incumbent status.

“In this specific district attorney’s race, the challenger had no name ID at all. Nobody ever heard of her except those in the legal community,” he said. “So the huge difference that it made is that it got her name out.”

Veteran San Diego political consultant Tom Shepard agreed that PACs can help with name recognition, but he said they also carry some risk because of the ban on coordinating with the candidates.

“In the absence of coordination, there’s always the danger that either the message will be ineffective or, in the worst case, that it will backfire,” Shepard said.

With less than two weeks to the election, the public will soon see how the outside money influenced the district attorney’s race.

With only two candidates competing, the race will be decided June 5.