At a news briefing, Gloria said the 19 candidates who have qualified for the seat will each get three minutes to state their case, and will be questioned by council members. Whoever gets a majority vote from the council members will be appointed, he said. 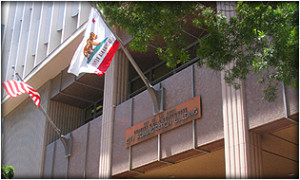 “It’s our intention to have (the winner) sworn in immediately,” Gloria said. “We need a fully staffed council.”

Faulconer vacated the seat in his beach and bay district earlier this month when he inaugurated as mayor. His replacement will be appointed — instead of going through a special election — because Faulconer was scheduled to be termed-out following the vote scheduled for November of this year.

The city asked for people who will not run in this year’s elections for the seat’s next full term. The candidates on the June 3 ballot are Councilwoman Lorie Zapf — who is switching from District 6; federal prosecutor Sarah Boot; Pacific Beach community activist Jim Morrison; and Mark Schwartz, a marketer of organic fertilizers.