Local craft beers are on the line in a wager made Friday between the mayors of San Diego and Fargo on the outcome of Saturday’s NCAA basketball game between San Diego State University and North Dakota State University. 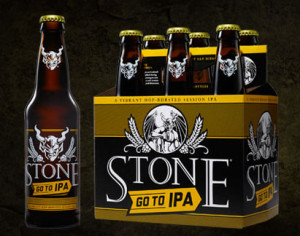 Mayor Kevin Faulconer, a San Diego State alumnus, put up a six-pack of Stone Go To IPA that the 30-4 Aztecs will top the 26-6 Bisons.

“Unfortunately I can’t wager our beautiful weather so the next best thing is a sample from our fantastic craft beer industry,” Faulconer said. “I congratulate the Bison on their first ever win in the NCAA tourney. I’d be rooting for them on Saturday if they were playing anybody other than my Aztecs.”

The matchup between the fourth-seeded Aztecs and 12th-seeded Bison will take place about 3:10 p.m. Saturday and will be shown on TNT.