This piece originally appeared on Facebook. A version also was posted on San Diego Rostra.

This is my personal page and my personal opinion. The opinion is NOT anyone’s but mine. My opinion does not reflect the organization I work for. My organization cannot weigh in on federal or state level races.

A few thoughts on the race for Congress in the 50th.

It was talked about and all the information to sponsor the table was provided, but no.

His opponent is Ammar Campa-Najjar. He has no table at the dinner either. There were discussions with Ammar about sponsoring a table, information was provided, nothing happened. He was interested. He chickened out because he was more afraid of anti-gun criticism than he valued pro-Second Amendment support.

Now my personal opinion as a voter in the 50th and someone who has spoken to both candidates and followed their campaigns is this.

Issa’s and Ammar’s lack of support is not a surprise, folks.

A major criticism of Issa is he doesn’t care about the district. He cares about being a congressman and now that he is running in a district he isn’t from, it will be worse. Even before Issa left his post, Republicans were lining up to run against him in the primary.

Regarding Ammar, don’t believe the crap about Ammar having ties to terrorists. Yes, a grandfather Ammar never met and didn’t know about until he was an adult was a terrorist. As a young adult, Ammar was studying to be a priest, which is a weird thing to do if you are being trained by Muslim terrorists.

Imagine going along in life and then you find out a grandparent you never met did something so heinous and horrible that now you are being judged for it 50 years later.

Ammar is not anti-gun either, but he isn’t as knowledgeable on guns or passionate about the Second Amendment as he needs to be and he isn’t as vocal on Second Amendment rights as he should be. Ammar is too afraid of losing the anti-gun vote that usually comes along with being a Democrat. In my experience, most anti-gun activists and organizations are little more than Democrats leveraging tragedy to get more Democrats elected.

Ammar stands head and shoulders above Issa when it comes to caring about the people in his district, but I just don’t agree with Ammar on a lot of economic and national issues.

Say what you will about Duncan Hunter (and I am very glad he left office considering what he did), but the guy took care of his voters. If Issa wins, I will miss the attention given to the voters in East County. We all will.

If Ammar wins, I will miss having a congressman who easily votes the way I want on most things and without coaching. We all will.

(If you think Issa is a sure vote on causes you care about, you didn’t do your homework and check out the video of him gushing over Biden.)

I know every partisan out there will go nuts reading this. I have considered both options carefully. I love living in this district and have made it my home. So I am NOT voting for either candidate. I am leaving it blank and would encourage you to do the same.

So am I just not voting for them because they didn’t support my employer by sponsoring a table? I have deep, well-reasoned, philosophical differences with both candidates that prevent me from voting for either of them and which cannot be overcome by seeing them at a dinner.

That being said, why are you voting for anyone who can’t, won’t or doesn’t support effective, local Second Amendment activism? As a voter, it bothers me. Yes, they cannot support every cause in town. They have to draw the line somewhere. And I have to draw my line somewhere too.

Whatever happens and whoever wins, you have to live with yourself long after Nov. 3. Neither one of the candidates are good enough for you, so just leave it blank and let’s try again next time.

Remember, your choices are someone who isn’t from here, doesn’t care about you, won’t support your community or causes, frustrated his own party so much that people were happy he finally left his last district (because they were about to vote him out).

I am doing the right thing and leaving it blank. I’m not falling in with the low information voters who got these two this far. You shouldn’t either. As important as you have heard this election is, your integrity is far more important than any election. Don’t compromise it. Especially not for either one of these guys.

Just my personal opinion. One voter to another. 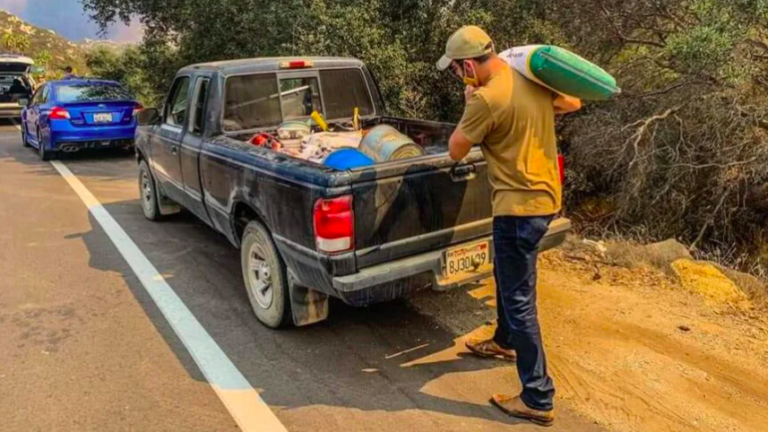 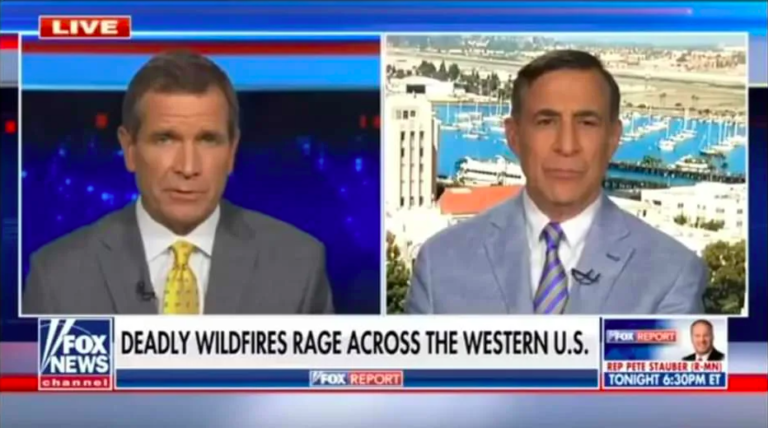 I was amazed by how many Republican leaders reached out to me to tell me they agree with me after my last post on Ammar/Issa.

To those not convinced, above is an OK example of what I mean about these two: At the top is Ammar helping people who are evacuating the fire and below is Issa on Fox News talking about the fire with yachts in the background.

One is doing something, but isn’t doing much (but it means a lot to the person he is helping).

The other isn’t doing anything to help, but he gets to give people his opinions and his voters like seeing him on their favorite TV channel.

Don’t vote for either of them. Leave it blank in the CA 50th District. Maintain your high standards and your principles. Be able to hold your head high on Nov. 4.

You know what would have been impressive? If either of them had thought to organize hundreds of volunteers to help those who lost their homes and collect donations. And presented a 5-point plan on how the government will better manage forests to help prevent catastrophic damage by forest fires.

But no. They both just did their photo op and nothing is different.

Michael Schwartz is a nonpartisan voter residing in the 50th Congressional District.