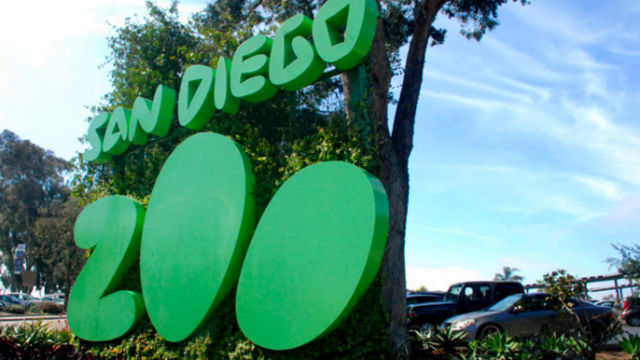 San Diego Zoo Entrance. Photo by Chris Stone The San Diego Zoo will open a $69 million children’s zoo at its main facility in Balboa Park, thanks to a $30 million gift from billionaire T. Denny Sanford, it was reported Friday.

The 2.3-acre attraction will be located in the south end of the zoo and will replace the 61-year-old mini-zoo, according to the San Diego Union- Tribune. Zoo officials plan to spend the rest of the year raising the remainder of the needed funds before beginning construction next year on the Sanford Children’s Zoo, which is slated to open in the spring of 2021, according to the newspaper.

It will feature a treehouse, a walk-in artificial beehive, streams and suspension bridges. Zoo keepers will remove animals from their cages, but exhibits at the mini-zoo that allow children to pet and feed animals will not be replaced. The Children’s Zoo will instead feature other exhibits to encourage interaction with nature, according to the Union-Tribune.

Sanford, of South Dakota, has said he would like to give away his riches before he dies, according to Forbes. He has a track record of making large donations, including to San Diego institutions such as UC San Diego, and previously gave the San Diego Zoo $9 million.

He made his fortune in the banking and credit card industries and focuses his philanthropy on health, education and children’s causes.