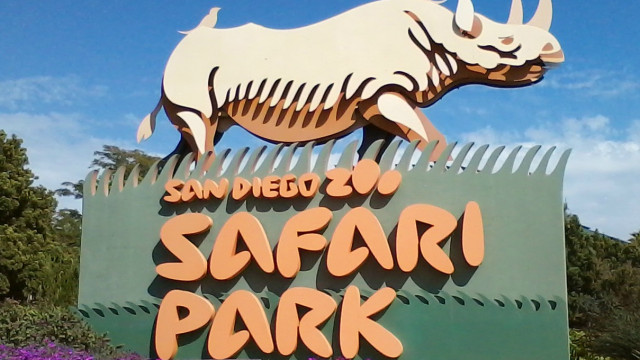 Rhinoceros horns and other items erroneously thought to have medicinal value were burned Thursday at the San Diego Zoo’s Safari Park in a demonstration meant to discourage poaching and wildlife trafficking.

In what was described by zoo officials as the first event of its kind in the United States, confiscated rhino horn items with an estimated black market value of $1 million, including whole horns, ornate objects and items falsely marketed as medicinal, were reduced to ashes.

“The poaching of rhinos in Africa is an international tragedy that is pushing these magnificent creatures to the brink of extinction,” U.S. Fish and Wildlife Service Director Dan Ashe said. “The transience of the smoke we see today from the burning rhino horn reminds us of the fragility of the planet’s most imperiled species.

“Their survival hangs in the balance and will continue to do so as long as people are buying and selling illegal wildlife products,” Ashe said. “Only a rhino needs a rhino horn, and it’s time we all understood that.”

Rhino horn, which is made of keratin, the same material that forms human fingernails, has no unique or particularly effective medicinal properties that can be scientifically attributed to the substance, yet supposed remedies, which range from cancer treatments to hangover cures, are driving unprecedented poaching.

In addition, objects made of rhino horn have more recently become status symbols to display success and wealth.

“With passage of a new state law prohibiting the sale or purchase of rhino horn and ivory products, state wildlife officers stand ready to do their part to combat wildlife trafficking in California and abroad,” CDFW Deputy Director and Chief of the Law Enforcement Division David Bess said.

Zoo officials said rhinos have disappeared from the vast majority of Africa, and if the rate of poaching keeps up, rhinos could become extinct within 15 years.

“San Diego Zoo Global has been working for decades, along with other accredited zoos, to keep a sustainable population of rhinos safe under human care while also working to protect them in their native habitats,” said Douglas Myers, president and CEO of San Diego Zoo Global.