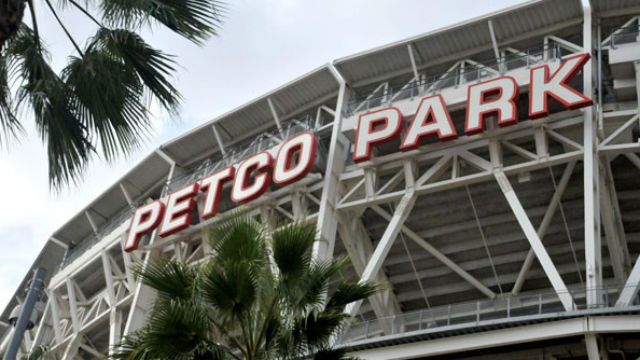 A television special about actor Will Ferrell’s one- day tour of baseball spring training sites, in which he played 10 positions for 10 teams, will be screened at Petco Park on Labor Day weekend, HBO and Major League Baseball announced Monday.

Fans at the Sept. 5 Padres game against the Dodgers will be able to stay and watch the ballpark premiere of HBO’s “Ferrell Takes the Field.”

On March 12, Ferrell visited five stadiums in Arizona where exhibition games were taking place and suited up for each team.

His exploits were part of a cancer fundraiser.

Ferrell is scheduled to appear at Petco Park to introduce the show, for which he served as executive producer.