San Diegans consumed more water and electricity in 2013 than the previous year but are driving more electric vehicles, according to a study released Monday by the Equinox Center.

The San Diego-based nonprofit’s annual “Quality of Life Dashboard” found that per capita water use in San Diego rose from 133 gallons per day in 2012 to 140 gallons last year, a 5 percent increase, the report said. 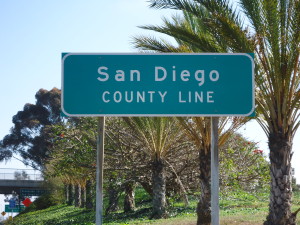 The authors found that per person water use rose in 23 of 24 local water districts in 2013, despite the below-normal rainfall seasons warnings of impending drought.

“Water is a persistent concern in our region, particularly now amid record drought conditions,” said Matt O’Malley, San Diego Coastkeeper’s Waterkeeper and Legal and Policy Director. “The Dashboard’s water consumption indicator is a serious concern that will motivate our work in the coming year.”

Water consumption was measured by taking residential, commercial and industrial consumption in a given service area, subtracting the use of recycled water and dividing the total by the population.

Average use in homes rose from 99 gallons per day in 2012 to 107 gallons last year, the report said.

However, the 2013 mark remains relatively low since 2000, when residential consumption was 126 gallons per day. Annual totals in subsequent years generally fell in years with more rain, according to the Equinox report.

San Diegans also used slightly more electricity last year than the year before, but per capita consumption was below the state average.

Equinox Center gauged electric vehicle use based on the amount of money from the state Clean Vehicle Rebate Project that went to San Diego County.

In 2013, San Diegans received a total of $4.9 million in electric vehicle rebates, around $2.8 million more than 2012. San Diego ranked fourth among counties statewide, behind Los Angeles, Santa Clara and Orange.