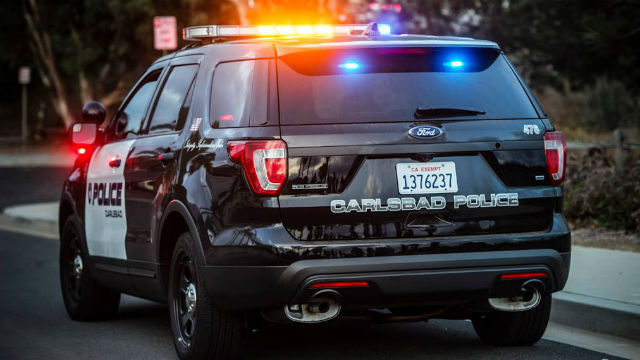 The Carlsbad Police Department announced Friday that it has enacted all eight policies recommended by the creators of a national campaign designed to prevent excessive use of force on the part of law enforcement personnel.

The “8 Can’t Wait” program, created by anti-police-brutality agency Campaign Zero, has gained national attention from Los Angeles to New York for its simple, customizable message. According to the organization, the institutional changes list can decrease police violence by 72%.

According to officials in the coastal city, the Carlsbad Police Department already had many of the policies, or similar ones, in place, and employs officers with special expertise in preventing violence during interactions with crime suspects and other members of the public.

According to the city, 13 officers have been trained as crisis/hostage negotiators who may be deployed as needed to resolve incidents peacefully. It also has seven specially trained tactical communications instructors who provide state approved communication training to all officers.

This week, the department joined law enforcement agencies in all of San Diego County’s municipalities by banning use of carotid restraints, a type of compliance technique generally considered a type of chokehold.

The agencies’ decisions to shun the much-maligned procedure came in the aftermath of the Memorial Day death of George Floyd, who passed out and died after being pinned by the neck to the ground by an officer’s knee for nearly nine minutes in Minneapolis.

Campaign Zero released a report ranking the 100 largest law enforcement agencies in California by levels of violence, accountability and best practices at policescorecard.org. The Carlsbad Police Department ranked favorably on the list, with no reports of deadly force in the three-year stretch the campaign monitored.

However, even the very top department, according to Campaign Zero, registered only a B-minus grade. Chula Vista, which, according to public records, ranks highest among California cities for use of force at more than 200 incidents per 10,000 arrests, earned a C-minus. Oceanside got a D-minus; while El Cajon, National City, San Diego and the county Sheriff’s Department each earned an F in the campaign’s methodology.

According to the campaign, both the San Diego Police Department and the Sheriff’s Department “stopped black people at a rate more than 2 (times) higher than white people and were more likely to search, arrest, and use force against black people during a stop.”

“Both departments not only use force more often but also use more severe forms of force against black people than other groups, even after controlling for arrest rates and alleged level of resistance,” Campaign Zero stated.

The two agencies did not immediately respond to requests for comment regarding the report’s assertions.