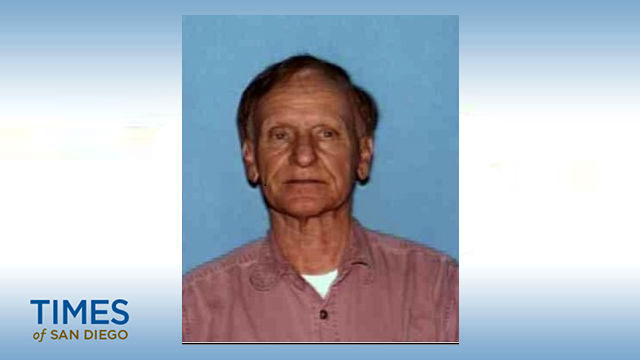 Authorities asked the public Monday to keep an eye out for an 84-year-old man who went missing after he left his Chula Vista home to take a walk.

Wolfgang “Fred” VonHorn was last seen around 7:30 a.m. Sunday walking near his home in the eastern portion of Chula Vista, according to Chula Vista police.

He recently moved to the area and is not familiar with Chula Vista, police said.

Family members told police that VonHorn suffers from the early stages of dementia and may not be aware of his current address.

He often uses public transportation and is known to frequent Little Italy, Seaport Village and the Embarcadero in San Diego.

VonHorn is described as a 5-foot-6 white man weighing around 150 pounds with brownish/gray hair and blue eyes.

He was last seen wearing a black sweatshirt, blue jeans and gray/black shoes.

Anyone with information on his whereabouts is asked to call Chula Vista police at 619-691-5151.