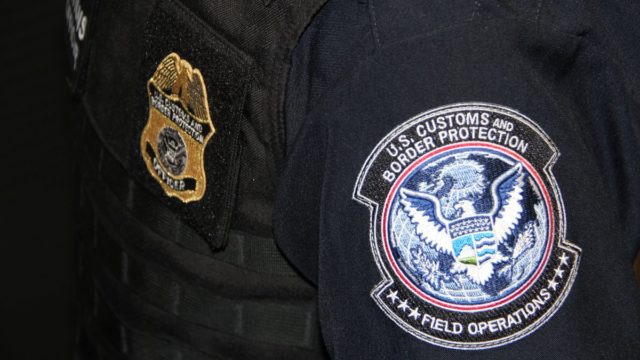 Courtesy of the CBP

The incident occurred Feb. 16, around  2:30 p.m., when a Border Patrol agent apprehended a Guatemalan family consisting of a father, two children, and a pregnant mother after they crossed the border illegally.

The apprehending agent could visibly see that the woman was pregnant; however, the mother did not appear to be in distress and did not request any medical attention.  The family was transported to a local station for processing.

At the station, the on-site medical staff conducted routine medical assessments on the family. During the assessment, the mother complained of abdominal pains and the staff noticed that she was in labor.

The medical staff, along with agents, prepared an area for the mother to give birth.  The 27-year-old Guatemalan mother delivered a girl around 3 p.m.

Prior to the birth, agents had contacted emergency medical services, who later transported the mother and newborn to a local hospital for further care immediately following the delivery.

The mother and baby are currently in stable condition.

“Thanks to the medical resources available in our stations, this woman and her child were well cared for and received immediate medical attention,” said Chief Patrol Agent Aaron Heitke.  “Our agents are well trained to manage the unexpected, and I’m proud of the work they did in caring for this mother.”

Since the beginning of the fiscal year 2020, which started on Oct. 1, 2019, there have been 33 cases of pregnancy-related hospital visits within the San Diego sector.

To address the humanitarian crisis that exists along our southwest border, San Diego sector now has medical professionals working around the clock in four of six immediate border stations.  This contract medical support began in July 2019.

With the medical staff in place at the stations, detainees receive prompt medical attention and are more closely monitored during their processing with Border Patrol.  It allows agents once required to escort detainees to the hospital for minor medical issues, to focus on border security.