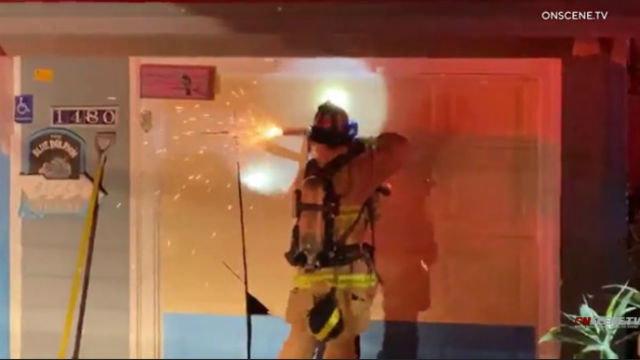 A three-alarm fire burned for more than two hours and caused extensive damage to an Encinitas home, authorities said Monday.

The non-injury blaze was reported shortly before 10:50 p.m. Sunday at a beachfront home in the 1400 block of Neptune Avenue, according to the Encinitas Fire Department.

Flames were initially reported on the roof, but the fire eventually spread to the rest of the structure, Encinitas Fire Chief Robert Ford said.

Crews declared a knockdown by 1:20 a.m., but the blaze caused significant damage to the single-story home, Ford said.

One resident was able to escape unharmed, but it wasn’t immediately clear if the American Red Cross was called in to help the resident arrange for interim lodging.