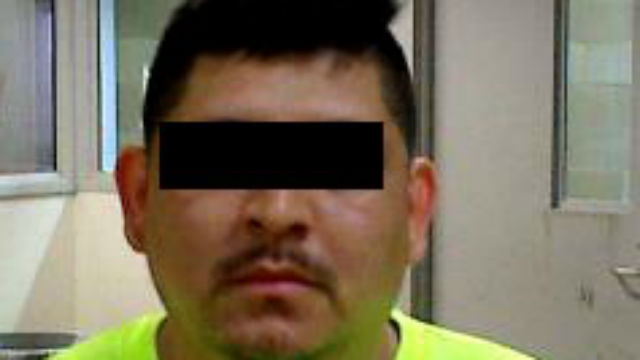 San Diego Sector Border Patrol agents arrested a previously deported sex-offender who was in the United States illegally on July 31.

At approximately 3:45 p.m., Border Patrol agents on Highway 79 stopped a black Toyota Tacoma.  The vehicle was operated by a 33-year-old male who had three adult male passengers. Agents questioned the men about their citizenship and determined that all four men were Mexican nationals illegally present in the U.S.

The agents arrested the men, and transported them to a nearby Border Patrol station for processing.

At the station, record checks revealed that the 33-year-old driver’s name is Uriel Beltran-Molina and has multiple felony convictions.  Beltran’s prior convictions included sex with a minor, oral copulation with a person under 16, and sodomy with a person under 16, all in 2008 in Santa Ana. Beltran was sentenced to 211 days in jail and subsequently deported to Mexico in September 2008.  The man also has previous convictions for DUI and driving without a license stemming from 2005.  Beltran along with the three adult passengers are being held in Federal custody awaiting further proceedings.