When the U.S. Supreme Court ordered California to disgorge tens of thousands of inmates from its overcrowded prison system in 2011, Justice Antonin Scalia warned in his dissent of “the terrible things sure to happen as a consequence” including the “inevitable murders, robberies, and rapes to be committed by the released inmates.”

But researchers who’ve looked at how how often those released from the state’s prisons and jails in the ruling’s aftermath say such fears have not come to pass.

A new analysis from the Public Policy Institute of California found that between 2011 and 2015, the felony re-conviction rate across 12 counties that represent nearly two-thirds of the state population fell by 27%. The re-conviction rate for all crimes fell by 15%.

The decline was sharpest for drug-related offenses, falling 44% over the same period.

Here’s the background: In the face of a court order and a budget crunch, California lawmakers began to embrace less punitive criminal justice policies in 2011, enacting a “realignment” program that pared down penalties for non-violent crimes and shifted non-violent felons out of the state’s prisons and into county-run jails.

Voters followed suit with Prop. 47 in 2014, which recategorized a series of felonies and misdemeanors.

“People were really worried that recidivism rates would go up and we’re not seeing that,” Mia Bird, a research fellow at the institute and the study’s lead author.

As with any academic study, this one comes with caveats.

The state recidivism rate remains high—roughly half of convicted felons get arrested again within two years of release.

And the decline researchers observed was largely driven by fewer re-arrests and convictions for drug-related offenses. The rate of re-arrest for those incarcerated for violent crimes and other offenses “against a person” including harassment and stalking, ticked up slightly.

There are also different ways to interpret the results. The overall drop could mean that formerly incarcerated Californians began committing fewer crimes in years after reform. Or it could mean that police, prosecutors and the court system are just taking a laxer approach, resulting in fewer arrests and convictions.

“Let’s say someone is arrested for shoplifting and whereas before they would go to jail, now, assuming it’s drug-related, it’s treated as a health issue,” said Kevin O’Connell, a private research consultant on criminal justice policy. “When you’re seeing fewer people coming back to jails and prisons, when you’re seeing fewer victims, less property crime, that’s good. But the why is unclear.”

“Since Prop 47 passed in 2014, there’s been a 18 percent increase in violent crime, which is a clear indication that something’s not working,” Matt Fleming, spokesperson for the California Republican Party, said via email. “Even the study points out that the data doesn’t necessarily mean there’s been any change in behavior, just a change in classification and enforcement of behavior.”

Either way, said Bird, the fact that re-offense rates have not increased suggests that the nightmare scenario envisioned by some has not come to pass.

“I think that says something about the ability to make these reforms and really reduce incarceration levels but not lead to increases in recidivism rates,” said Bird.

The new analysis offers a bit of positive news for proponents of the state’s realignment policy after a series of unflattering reports.

Last April, the Sacramento Bee and ProPublica reported that the state’s policy of sending felons once held in state prisons to county jails has led to an “influx of violent and mentally ill inmates” convicted of felonies cohabitating with inmates charged with minor offenses and still awaiting trial. The result has been a spike in inmate deaths.

In January of this year, the state auditor also reported that many of California’s in-prison rehabilitation programs—which include behavioral health treatment and vocational training—have failed to reduce recidivism rates which, she wrote, remain “stubbornly high.”

Bird noted that recent reforms left the state prison system full of a higher share of more serious, violent offenders, who are historically more likely to re-offend. She said that the auditor’s report did not statistically control for that fact. 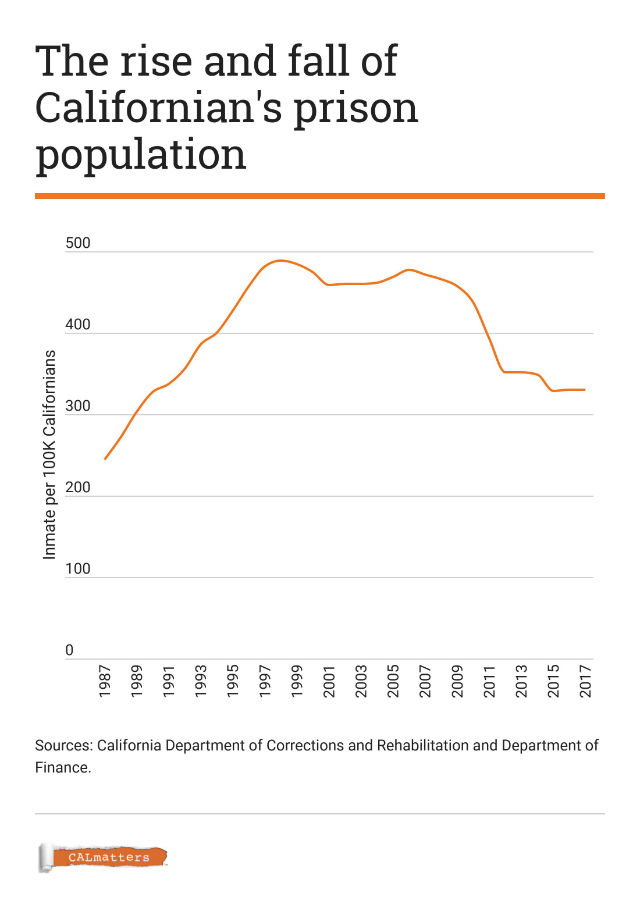 The state’s probation officers are interpreting the results as a clear indicator that whatever they’re doing is working.

“Good work is being done and the report backs up that fact,” said Laura Dixon, a spokesperson for Chief Probation Officers of California, which lobbies on behalf of probation officers in Sacramento. “We’re seeing the sky hasn’t fallen.”