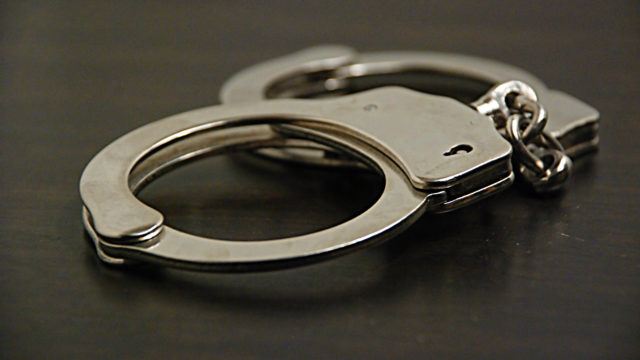 A young man and three teenage boys were arrested Wednesday morning on suspicion of robbing four pedestrians at gunpoint at separate locations in the City Heights and North Park areas.

Officers responded to both scenes and found that one victim at each scene was robbed at gunpoint by four men, who then fled in a vehicle, Delimitros said.

The third robbery occurred around 1:45 a.m. near the intersection of Kansas Street and Polk Avenue, and dispatchers received a call around 2 a.m. from a person who reported the fourth robbery in the 3200 block of University Avenue, the officer said.

No injuries were immediately reported.

The suspects — ages 15, 16, 17 and 18 — were found in an alley off Highland Avenue between Maple and Olive streets and taken into custody without incident, public-affairs Officer Billy Hernandez said.

The three teens’ names were withheld because they are minors and the 18-year-old’s name was not immediately released.