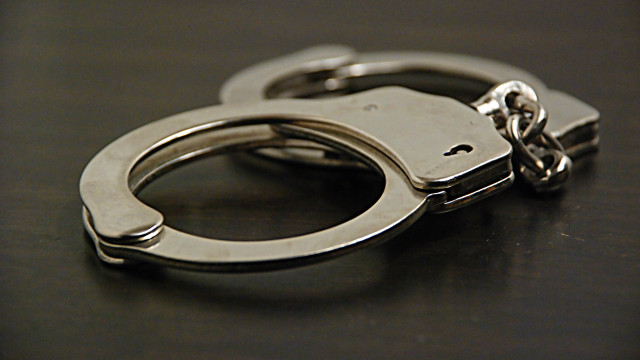 Photo credit: Alexander NguyenA 24-year-old man was behind bars Friday after he allegedly crashed his car into two parked cars and a fence in the front yard of an Escondido home, abandoned two slightly injured passengers, then attempted to flee on foot before officers tracked him down in the detached garage of a nearby home, police said.

Dispatchers received a call about 11:15 p.m. Thursday from a person reporting a dispute between a man and a group of women in the 400 block of West 8th Avenue, Escondido Police Sgt. Ryan Van Zandt said.

Officers responded to the area and found a 1994 Mercedes-Benz sedan resting on a concrete barrier in the front yard of a home near the intersection of East Seventh Avenue and Beacon Place after it had apparently struck two parked cars nearby, Van Zandt said.

Two women who were riding in the Mercedes were still at the crash scene when officers arrived and paramedics took them to a hospital for treatment of minor injuries, the sergeant said.

Officers also found a woman near the crash scene and took her into custody on suspicion of being drunk in public, Van Zandt said.

Witnesses told police the Mercedes driver fled on foot following the crash and officers located him in the detached garage of a home in the 600 block of East Third Avenue, he said.

The man, later identified as 24-year-old Ruben Trejo Cardenas, was arrested around 11:50 p.m. on suspicion of hit-and-run resulting in injury and a parole violation, Van Zandt said.