Authorities reached out to the public Tuesday for help in finding a man who allegedly told a 94-year-old Morena resident she needed a series of home repairs, had her pay upfront and then vanished, leaving the work undone.

John Ted Barney, 50, showed up at the victim’s home in September and told her he had noticed cracks in her driveway that should be fixed, according to San Diego police.

After the woman hired Barney for that task, he convinced her that she needed further maintenance work at her residence and allegedly demanded that she pay in advance.

She complied, giving Barney a “substantial amount of money,” after which he allegedly failed to finish the work, police said. 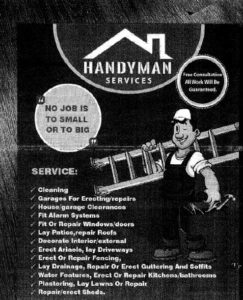 The suspect — who has been known to use aliases including Ted John, Mike Thomas and Ted Wanko — is being sought on suspicion of grand theft of an elderly person and residential burglary.

He also is the subject of a felony warrant for theft out of Washington State, officials said.

Anyone with information about Barney’s whereabouts was asked to call San Diego County Crime Stoppers at (888) 580-8477 or contact the agency online at sdcrimestoppers.org. Tipsters may remain anonymous and could be eligible for a reward of up to $1,000.

Other members of the public who may have fallen victim to a similar crime — or who know someone who has — are asked to call the SDPD Elder Abuse Unit at (619) 446-1070.