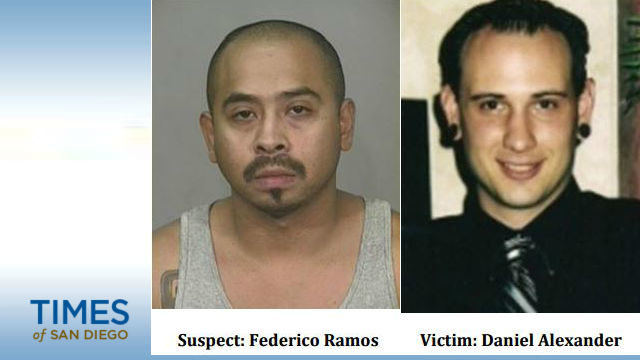 A reward of up to $10,000 was offered Thursday for information that could lead authorities to the man suspected of gunning down an Escondido man on the Fourth of July seven years ago.

Federico Ramos, 36, was allegedly among a group of men who had attended a house party in the 500 block of Vine Street, then became involved in a confrontation with the 26-year-old victim Daniel Alexander at a home next door. At some point during the altercation, Alexander was shot and killed, according to Escondido Police and Crime Stoppers.

Ramos fled afterward and is wanted in connection Alexander’s death, authorities said. He was described as Hispanic, 5 feet 4 and 150 pounds.

The victim’s family has put up $9,000 for information that leads to Ramos’ arrest and conviction and Crime Stoppers is offering $1,000.

Anyone with information on Ramos’ whereabouts was asked to call police at (760) 839-4719. Anonymous tips can be submitted by calling Crime Stoppers at (888) 580-8477, or by contacting the agency online at sdcrimestoppers.org.