Lifeguards rescued a man Tuesday who wound up floundering in the surf after leaping, naked, off the Ocean Beach Pier along with a female companion. 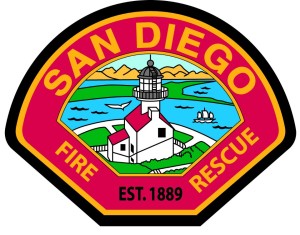 Someone made a 911 call shortly before 4 a.m. to report the emergency near the western terminus of Niagara Avenue, according to the San Diego Fire- Rescue Department.

Lifeguards found the man clinging to a lobster trapper’s net line, SDFRD spokesman Lee Swanson said. One of the personnel jumped into the water and pulled him out.

An emergency-services helicopter crew searched the area for the woman before someone found her on a nearby stretch of beach.

Medics checked out the apparently unharmed man and woman, both in their 20s, at the scene before taking them to a hospital for a more thorough precautionary exam, Swanson said.

San Diego police cited at least one of the two for the illegal jump, which constituted a misdemeanor municipal-code violation, SDPD public-affairs Officer Mark Herring said.