For decades following its founding in 1911, the San Diego Advertising Club was known as the largest and arguably most influential business networking group in town. Its monthly luncheons drew many of the city’s most notable movers and shakers.

Then, in May 2014, the 700-member San Diego Advertising Club changed its name to SDX. Tonya Mantooth, president at the time, said, “SDX is an invitation to explore, create, and imagine what’s next in the world of marketing and be part of the intersection of media, marketing, technology and innovation.”

Since then, many in the San Diego marketing industry have viewed the name change as one of the worst branding mistakes in the history of San Diego business.

“There has been a lot of confusion with the SDX name, people didn’t understand what it meant,” admitted Greg Carson, SDX president. “Our membership is now down to about 200 members. People have dropped their membership over the years for a lot of different reasons, but we’re hoping our new name will re-energize the club.”

According to Carson, the by-laws for the local century-old Ad Club organization will still have the name “Advertising Club of San Diego,” but the group’s decades-old affiliation is over with the Washington, D.C.-based American Advertising Federation, the nation’s oldest national advertising trade association with about 40,000 members comprising about 150 local advertising clubs.

“The word ‘ads’ is passé,” Carson said, “but the word ‘creativity’ is relevant because creativity is the cornerstone for every business nowadays.”

Not everyone is ready to delete the word “ads” from their dictionaries.

“How short-sighted to disregard the word ‘ads.’ The largest advertising agency in the world, Google Ads, has the same word in its name,” said John Dowd, former Ad Club president (1993) and a board member and governor of AAF’s District 15 (2012-2016). 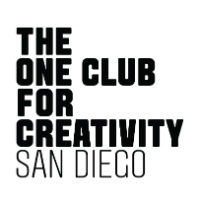 “A lot of people in our local advertising industry may be reluctant to admit it publicly, but changing to SDX will be remembered for a long time as a huge mistake,” said Dowd. “It is the equivalent to New Coke. Now, I’m expecting more people who attached themselves to the SDX name will be alienated, just like we felt when SDX was forced on us.”

Mary Beth McCabe, a marketing professor at National University and an Ad Club-SDX member since 1982, said, “I think the SDX branding was hard to explain to outsiders. It was too brief for a brand. I always told people, ‘SDX, formerly the San Diego Ad Club. ‘I’m likely to do that for a while with the One Club, too, but that’s progress and I welcome the innovation that comes with it. I’m excited to see the rebranding come forward as the One Club, which promotes inclusiveness.”

Sheila Fox oversaw the 2014 Ad-Club-to-SDX name change as the organization’s executive director (she served from 2004 to 2016). Fox, owner of Fox Marketing Network, has worked in the local advertising industry since 1979 and is regarded as the first woman president of a San Diego advertising agency when she led Chapman Warwick from 1984 to 1997.

“Becoming the San Diego Chapter of the One Club for Creativity is a phenomenal opportunity for San Diego’s advertising and design professionals to step out onto the global stage. The access it provides to work with and learn from the best in the world is unparalleled,” said Fox. “For many years, the San Diego Ad Club-SDX featured the One Show winners at member events. Now, to be part of the One Club for Creativity, it is very much like joining the big leagues.”

“San Diego is home to a vibrant creative community, and we’re thrilled to work with the team there as they become an active and productive chapter,” said Kevin Swanepoel, CEO, The One Club for Creativity in New York.

Annual dues for One Club San Diego membership will be $200, a $10 increase from SDX’s $190, officials said. Membership information is available at www.oneclub.org. A San Diego chapter launch party is scheduled for Thursday, Sept. 19.

In 1911, the organization — first called the San Diego Advertising and Sales Club — was founded to promote the California Panama Exposition of 1915. It also was responsible for establishing the San Diego Better Business Bureau in the 1920s.

“Just as our organization promoted San Diego to the world in 1915, the San Diego chapter of The One Club will bring a new level of global exposure to our highly talented local advertising and marketing professionals,” Carson said.

NextLeft, a digital content and marketing agency, has relocated its corporate offices from 1010 Turquoise Street in Pacific Beach to La Jolla Shores.

Now located two blocks from the beach at 2255 Avenida De La Playa, the new office space is designed to cultivate an energetic and outdoorsy company culture as well as accommodate company growth, said CEO John McKusick. The 1,600-square foot space, split between two large areas, has an open-floor layout for a collaborative and creative work environment.

“We’ve grown quickly over the past three years and needed a space that reflected not only our design aesthetic, but also our values as a company,” said McKusick. “We look forward to continuing to grow and have such an inspiring space to do so.”

“We created San Diego Taco Fest four years ago for San Diegans and now we can’t wait to bring Marg Fest to San Diego,” said Tim Young of Southport Marketing. “What’s better to have multiple choices of the best margaritas while hanging next to San Diego Harbor on a perfect summer day.”

General admission is $40 per person, VIP admission is $150. Food and beverages will cost extra. The entry fee for the cornhole tournament is $120 per team (two players). More details are available at www.SDMargFest.com.

Each year, CCPRO recognizes marketing and communications efforts by the 115 California community colleges with the PRO awards. This year, nearly 350 entries were submitted from across the state.

MarketInk: Ad Club Rebrands Again—From SDX to The One Club for Creativity was last modified: August 5th, 2019 by Editor