Jim Laslavic thought about playing another season in the National Football League. It was 1983 and the Green Bay Packers were offering a hefty salary to the linebacker and Pittsburgh native who had already played 10 NFL seasons after a successful collegiate career at Penn State University.

However, with the conclusion of the 1982 NFL season, Laslavic spent several months as a paid intern at Channel 10 and believed that his future was in broadcast sports journalism.

“I walked away from a lot of money in professional football to work for a whole lot less at a TV station,” Laslavic said.

In July 1983, he joined KFMB-TV to work under legendary news director Jim Holtzman. After six years at Channel 8, on July 5, 1989, he joined KNSD-TV as sports director.

On Sunday, Feb. 24, Laslavic will retire from NBC 7 after 30 years. He will host his final “Sports Wrap” show following the late news. In 2016, he stepped away from weekday nightly newscasts to appear only on the Sunday night show in a semi-retirement role.

“I’ll remember the amazing people I’ve interviewed, like Mohammad Ali, Joe DiMaggio and Ted Williams, and the incredible athletes and individuals on the Chargers’ Super Bowl team and the Padres’ World Series teams,” said Laslavic. “And, I’ll always be grateful for the really talented broadcast journalists I’ve worked with and who helped me in my career, such as Hal Clement, Marty Levine and Susan Taylor. I have enjoyed my career and the outstanding people I have gotten to work with.”

The Health Care Communicators of San Diego, a professional networking group, has announced eight new members on its board of directors.

Christina Campo, Scripps Health, remains on the board as president for her fourth consecutive year. Taliyah Ferris, Anthem Insurance Co., and Wendy Berke, an independent consultant, also remain on the board as VP of digital and VP of development and sponsorship, respectively.

“From consultants to executives, HCC represents a cross-section of San Diego health care communicators,” said Campo. “We have identified a broad range of experts for our board to help drive growth and create added awareness of the work we do to foster a better understanding of the vital role and responsibility that we play in this thriving community.” 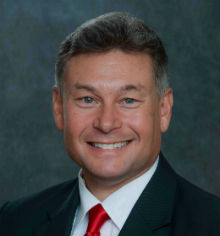 Kulis has 27 years of experience in various leadership positions developing and managing legislative and regulatory policy. He previously spent 15 years as director of inter-governmental relations at the San Diego County Regional Airport Authority, where he strategized and oversaw all activities involving agency interaction with elected and appointed officials and managed the organization’s legislative and regulatory advocacy program.

At the PR agency, Kulis will manage public affairs and government relations for a variety of clients, including California Department of Food and Agriculture’s Citrus Pest and Disease Prevention Program.

Kulis has served in a variety of volunteer positions within the San Diego community, including on the San Diego Regional Chamber of Commerce’s Public Policy Committee and the San Diego County Taxpayers Association’s Governance and Public Finance Issues Subcommittee. He is currently a member of the American Association of Airport Executives.

He holds a bachelor’s degree in political science from Villanova University.