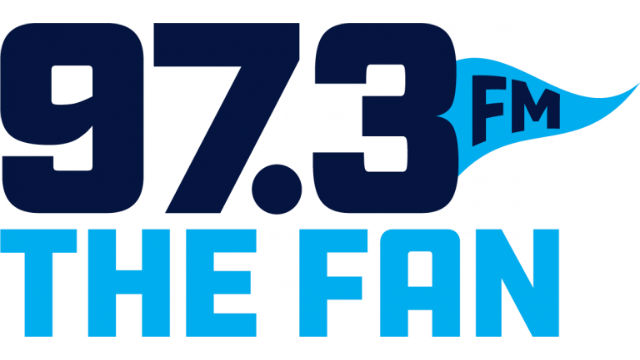 A month ago, Entercom Communications San Diego rebranded radio station KEGY 97.3-FM from “Energy” to “The Machine, Talk that Rocks,” featuring a mix of classic rock music, sports, comedy and personalities. Now, the station is known as “97.3 The Fan,” San Diego’s only 24/7 all-sports FM station and the English-speaking flagship home of the San Diego Padres airing all 162 regular season games.

Station officials admitted the recent change was party due to a tweet promoting a new radio show from Kevin Klein of KITS-FM in San Francisco. Klein’s tweet showed an image of the Coronado Bridge with the words, “Jump to a new morning show.” Klein was expected to debut his show, called “Kevin Klein Live” on 97.3-FM on March 29, but it never happened. The Padres were offended by the tweet and so were others over suicide insensitivity. Klein later apologized, but the uproar apparently was reason enough to rebrand the radio station.

“After a recent off-air tweet, we took the opportunity to step back, listen to the important feedback from the community and our partners, the Padres, and reevaluate the path forward,” said Bob Bolinger, Entercom San Diego senior vice president and market manager. “The station was always going to be largely about sports and we determined the right thing to do was to go 100 percent all-in. We look forward to building 97.3 The Fan into San Diego’s best sports station, delivering the highest quality content and listening experience for the people of this great community.”

San Diego Padres Executive Chairman Ron Fowler said in a statement, “We have had numerous discussions over the last two weeks with Entercom’s local and national management about our expectations for the radio home of the San Diego Padres. They have assured us that the challenges we faced with 97.3-FM at the beginning of this season have been addressed and that steps have been taken to make sure they are not repeated. We believe that their new format better reflects the values of the Padres and the San Diego community as a whole, and we appreciate Entercom’s willingness to listen to our concerns and adjust their content.”

“The expansion of our late news further bolsters our station’s commitment to delivering San Diego’s most trusted news coverage,” said Scott Heath, KSWB president and general manager. “The additional coverage will strengthen our 10 p.m. newscast and assist with our continued digital growth and delivery through multiple platforms.”

KSWB launched 32 hours of local news programming in 2008. A station official said the expanded 10 p.m. newscast will increase the total to 59 hours.

“In less in less than 10 years we’ve grown to deliver the most hours of local news in the San Diego market,” said Rich Goldner, KSWB vice president and news director. “This expansion reaffirms our pledge to serve our community with the best in local news.”

Station officials said there was no connection between the expansion of the 10 p.m. newscast and the likely acquisition of KSWB, along with eight to 10 other Tribune Media-owned, Fox-affiliate TV stations by Sinclair Broadcast Group expected later this year. Sinclair is looking to expand its influence into more markets with a $3.9 billion deal to buy Tribune Media.

Tuesday Is ‘Geena The Latina Day’ in San Diego

The station said the city is honoring Aguilar for her work in the community with inner-city girls and young women. She founded the Fearless Empowerment Conference in 2017. The annual event assembles successful women from the community to share their journey and inspire hundreds of teenage girls to be fearless and confident leaders, the station said.

“We are so excited to proclaim a day for Geena,” said Cole. “Not only does she give so much back to the girls in the community, but she also brightens our mornings on the radio.”

“I am beyond honored to receive an official day here in San Diego,” said Aguilar. “Never in my wildest dreams would I have imagined that I’d receive such an award. I have lived in San Diego for almost 13 years now and it has become my home. From day one, everyone here has welcomed me with open arms and supported me. I have had a chance to meet so many of our wonderful Channel 93.3 listeners and you guys have always been so nice and welcoming and for that I am truly grateful.”

Aguilar began her career at KIIS-FM in Los Angeles as a red-carpet reporter and worked with several of L.A.’s top radio shows before joining iHeart San Diego in 2006. KHTS said Aguilar’s two teenage brothers were killed due to gang violence. The station also said she was the first member of her family to graduate from a four-year university and was also the founding president of Sigma Lambda Gamma, Loyola Marymount University’s first Latina-based sorority in Los Angeles.

KNSD-TV/NBC 7 San Diego and Telemundo 20 San Diego have announced that eight local nonprofit organizations have been selected to receive $225,000 as part of the NBC Universal Foundation’s inaugural Project Innovation grant program. The local organizations were selected for their ability to leverage technology to solve problems in the areas of civic engagement, skills for the digital economy and STEAM (Science, Technology, Engineering, Arts, Math) youth programming.

“We’re proud to partner with the NBC Universal Foundation to recognize these local groups that are using tech-based community solution to spearhead programs that will strengthen our communities,” said Richard Kelley, president and general manager. “Congratulations to each and every one of them. We are pleased to be able to, in a small way, assist in their outstanding endeavors.”

Project Innovation was launched earlier this year in 11 U.S. markets with TV stations owned by NBC Universal and Telemundo. A total of more than $2.4 million is expected to be awarded as part of the effort.