SDX will recognize the best in San Diego advertising, digital and graphic design at its gala 2017 ADDY Awards Show.

The ADDY awards will be presented March 3 in 41 categories, including sales and marketing, print advertising, out-of-home and ambient media, film, video and sound, elements of advertising, cross platform and online-interactive, as well as 11 student categories.

Following the local awards program, SDX will pay entry fees for Gold winners competing at the district level, which comprises Southern California and Southern Nevada. Then, district winners can advance to the national American Advertising Awards, presented by the American Advertising Federation. The national ADDY awards program is known as the world’s largest and arguably the toughest advertising competition with more than 40,000 entries annually.

The San Diego event starts at 5:30 p.m., Friday, March 3, at the Lafayette Hotel. The theme of this year’s awards is “Not Everyone is a Winner.” Tickets are priced at $120 for members, $150 for non-members and $100 for students. To RSVP, visit www.SanDiegoX.org.

Founded in 1911, SDX is San Diego’s largest and oldest local networking and professional group for advertising and marketing executives with more than 150 companies representing about 425 members.

How Online Video Can Increase Business

SDX is sponsoring “How to Generate a Constant Flow of Leads with Video Marketing,” a presentation on using online video to accomplish business objectives.

Topics will include implementing a scalable video marketing strategy that drives traffic, increases leads and generates new revenue. The speaker will be Owen Hemsath, video and YouTube consultant.

“As we look ahead to a busy spring, we are excited to have Wayne step into this expanded role,” said Ford. “His successful track record with client and team relations and business development will only help us further define our sales strategy across Southern California.”

Prior to joining Fox Sports, Guymon spent nearly five years with the Oklahoma City Thunder where he served as the NBA’s team’s national sales director before leading their business development efforts. Prior to the Thunder, he worked for IMG as an associate general manager, San Diego State University as the assistant athletic director and Stanford University as a marketing coordinator.

Carl DeMaio, KOGO News Radio 600-AM weekday afternoon radio talk show host, will moderate a panel discussion on firearms laws from noon to 4 p.m., Sunday, Feb. 26, at the Poway Center for the Performing Arts, 15498 Espola Road. The public is invited to attend and learn about recent laws regarding firearms, including pistols, rifles, shotguns and accessories such as concealed weapon permits, ammunition and ammunition magazines. 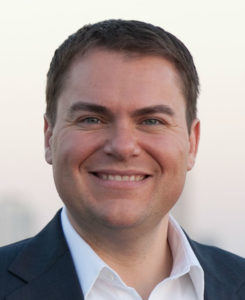 “The Second Amendment is not only about the right to bear arms, but our basic and fundamental right to self defense,” said DeMaio, who has been hosting a radio talk-show on KOGO-AM since 2015. “This conference will help inform and educate law-abiding citizens about recent gun laws and firearms laws from various perspectives. The panel members will cover fire laws from an activist, retail, legal competitive shooter and political perspectives. Gun laws are tough, and our goal with this event is to help all the attendees to exercise their rights within the law.”