SDX has announced its 2016-2017 board of directors. Doug Hecht of Seed San Diego will serve as board chair and Brian Hilemon of the San Diego Tourism Authority as president.

MeadsDurket, a San Diego branding, advertising and digital agency, has been named the public relations agency of record for the San Diego Symphony. The agency said it will be involved in press releases, media relations coordination and PR promotional events for the current Bayside Summer Nights Summer Pops series of concerts, as well as the upcoming 2016-2017 season, which begins in October. The agency also said its efforts will include highlighting Jahja Ling’s final season as music director, along with an international search for a new music director.

“It is an honor to add such an iconic music establishment to our roster of clients,” said Carrie Jones, MeadsDurket VP of PR and social media. “We are thrilled to have been chosen by the Symphony to provide fresh and strategic public relations counsel while promoting and supporting the amazing work of the leadership team and orchestra in its entirety.”

San Diego’s American Marketing Association chapter will host “Closing the Loop with Agile Marketing” from 8 a.m. to 9:30 a.m. on Tuesday, Aug. 9, at UCSD Extension, Room #317, 6256 Greenwich Drive in San Diego. The program will focus on how to use technology and agile techniques to bypass the competition and create customer value and business growth.

Speakers on the panel are experts in combining technology and agile methodologies in marketing campaigns, AMA said. They include: Jeremiah Gardner, principal with Moves The Needle and author of “The Lean Brand,” a book on branding; Aaron Gasperi, technical product manager for ecommerce with PriceSmart, and a consultant in product management and marketing; Austin Neudecker, president, Growth at Rev.com, and co-founder of Startup San Diego, an organization that provides resources to entrepreneurs; Kristen Runyan, VP of operations, Paylease, and co-author of “Introduction to Agile Marketing.” Moderator will be Jacques Pavlenyi, IBM. Pavlenyi recently directed an IBM marketing team focusing on enterprise social software solutions. 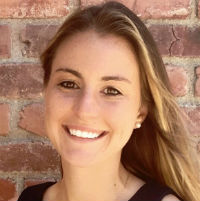 Crowe PR, a San Diego-based public relations firm, has added Hayley Kerr as a junior account executive. She will support the Crowe team with research, event and campaign planning, media relations and reporting, the firm said. Kerr also will play a role in the company’s social media efforts.

Kerr is a May 2016 graduate of University of Southern California with a degree in communications and consumer behavior. She also was a member of the USC lacrosse team. Prior to Crowe, she interned at Remarq, Inc., a Los Angeles marketing company, and worked on the Southern California Honda Dealers, United States Equestrian Federation, and Emerald Duv jewelry accounts. She also was an intern at the Town of North Hempstead in New York. Crowe PR has four full-time staff, plus an intern.