Mills has been a fill-in, on-air talent since 2010 for XHTZ-FM Z-90, also operated by Local Media SD.

“Sheryl is a perfect fit for us,” said co-host Mark Jagger. “We were so excited to be able to bring her on board to produce our show. She is funny, a Mom, a great person and, as a San Diegan, she loves this town as much as we do.”

“She is so talented, organized and fun,” said co-host Kristi Jagger. “It feels like we’ve hit the steal button on The Voice.”

Mills started in radio in 2006 as a promotions assistant for Z-90 and Magic 92.5. Mills succeeds Sammy Jo Golesh who was recently named producer for the “MAX Morning Show” heard on 105.7 MAX-FM. Golesh had worked on the Jagger & Kristi’s show for the past six years.

Rene Carmichael, chapter manager for the Public Relations Society of America’s San Diego/Imperial Counties chapter since 2004, has added a second part-time job. She was recently appointed community outreach coordinator with the City of Poway.

In this newly-created position, Carmichael will serve as a marketing and communications provider to augment the work of city staff and strengthen the city’s strategic communications with its residents and businesses. She also will oversee production of “Poway Today,” a quarterly publication covering recreation, arts, leisure and cultural programs sponsored by the city, along with updates on city parks and facilities.

Carmichael previously has worked in public relations roles with the County of San Diego and American Red Cross. She has a bachelor’s degree in journalism and master’s degree in business administration from San Diego State University. 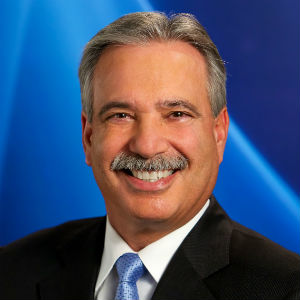 Tom Karlo, general manager of public broadcaster KPBS, has been reelected to his second three-year term on the national PBS board as a professional director. The 27-member PBS board consists of 14 professional members, including GMs and station leaders, 12 public members and Paula Kreger, PBS president and CEO. The board governs and sets policy for PBS member stations throughout the country.

Karlo is only the fifth GM in the history of KPBS, owned and operated by San Diego State University. His career began at KPBS in 1973 as a part-time assistant while attending SDSU. Years later and after fulfilling multiple other roles, Karlo was promoted to associate general manager, a position he held for over a decade, before becoming general manager in February 2009. Under his leadership, the station created KPBS Evening Edition, changed the focus of KPBS’ online content to news and expanded the station’s radio schedule to feature news and information 24 hours a day.

Radio station 91X (XETRA 91.1-FM), has named Tommy Hough as permanent host on the 5 to 9 a.m. morning drive shift replacing Matt Stone who relocated last year to the East Coast. Hough had been hosting the show on an interim basis.

“It’s pretty unbelievable,” said Hough. “This station has played a large part in molding the tastes and musical vibes of the San Diego County since 1983. 91X has been the region’s ears, musical conscience and tastemaker for three decades.”

Hough has previously worked in San Diego at FM 94/9 and 102.1 KPRI-FM. He also has hosted an environmental affairs show called “Treehuggers International” and has served in communications roles with the Surfrider Foundation in San Diego and with Oregon Wild, a Portland-based wilderness advocacy organization. He also has worked as a writer for Public News Service filing environmental-themed stories. Hough currently also serves as president of the San Diego County Democrats for Environmental Action.