After 10 years as promotion manager at KGTV-TV/Channel 10, Leila Stilwell has been promoted as the station’s marketing director.

Joel Davis, ABC10/KGTV station manager, said Stilwell will manage the brand presence of ABC10, 10News, Azteca San Diego 15 and 10News.com, as well as the station’s social media footprint. “We did a nationwide search and when held up to the competition, we are confident we have the best is Leila,” Davis said.

Stilwell joined KGTV in 2005 after working for 12 years in various marketing roles at KSBW-TV, the NBC affiliate in Salinas, Calif. In her career, she has received Emmy awards and nominations for her work as a writer, editor and producer.

Stilwell replaces Stan Melton, Jr., who left KGTV in October to return to the Washington D.C. market. Melton, now with WJLA-TV, an ABC affiliate, joined KGTV in 2014 after relocating from the nation’s capital. 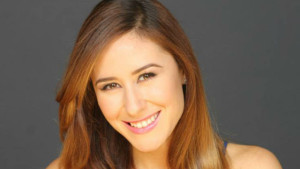 Alexandria has previously worked as a sideline reporter for SportsNet New York covering the New York Mets and Mid-Atlantic Sports Network for Washington Nationals games. She also has worked the sidelines at college football games for the Big Ten Network and Fox Sports. She recently covered the 2015 U.S. Open Tennis Championships for OK TV, a nationally syndicated talk show. She also has worked for MTV as a backstage correspondent at the Miss USA Pageant.

Buchbinder previously worked as an California Assembly fellow with the staff of Assemblymember Brian Maienschein advising on legislation and developing press materials for bills. She was part of Maienschein’s team involved in passing a bill informing children in juvenile dependency proceedings of their right to speak in court hearings.

The Public Relations Society of America national organization has presented the local San Diego-Imperial Counties chapter with the 2015 PRSA Chapter Diversity and Inclusion Award. It was presented at PRSA’s recent annual conference held in Atlanta.

The local PRSA chapter said it was honored for a year-long initiative that brings awareness to the value of embracing diversity as a smart business practice. The chapter’s Diversity Committee developed a Strategic Plan for Diversity and Inclusion, which included the establishment of a flagship event known as the San Diego Diversity Mixer, an early educational outreach program and strategic structural changes to the organization.

“In 2015, the chapter nominating committee elevated the role of diversity chair to a position on the board of directors in an effort to signal that diversity and inclusion is a high priority for our chapter,” said Amber Albrecht, 2015 chapter president. “This award is a testament to the Diversity Committee’s efforts to raise awareness of diversity and inclusion and to all of our chapter members for embracing this effort.”