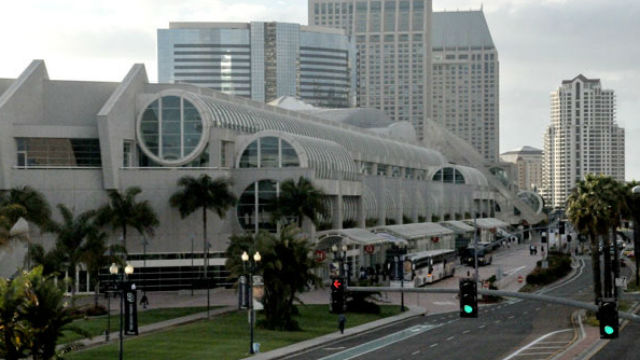 Customers of the San Diego Convention Center and meeting planners prefer an expansion of the facility that keeps all the floor space together, according to a consultant’s report released Monday.

The study by Conventions, Sports and Leisure International found that adding floor space near the center, but not contiguous with the existing building, would still benefit the city. But a contiguous expansion would provide the biggest return on investment, according to CSLI.

City and tourism officials commissioned the report to get a handle on market conditions after previous plans for an expansion of the meeting facility were stalled by a court ruling that found the funding mechanism to be unconstitutional.

Center and tourism officials have long said their customers prefer keeping the new and old floor space together, but the earlier plan was only approved by the California Coastal Commission with modifications that reduced the impact on views and public access to the waterfront.

Other interests have called for expanding the center elsewhere in downtown, including Chargers officials, who have said they favor locating a possible new stadium downtown that could also be used by conventions over the city’s offer to build a playing facility in Mission Valley — if the NFL team doesn’t move to Los Angeles.

According to the report, a contiguous expansion of the center would generate $157.1 million annually in direct additional attendee spending and give a $6.3 million boost to hotel room taxes, compared to the average amount of the last seven years.

Putting new floor space a few blocks away, called the “campus” option, would bring in an extra $61.2 million in annual spending and $2.4 million into city tax coffers.

“This study reaffirms that the contiguous expansion is the ideal approach for the most immediate impact, and provides the best return on investment,” said Mayor Kevin Faulconer. “It’s time to expand the convention center.”

Faulconer said his administration will begin talks with the tourism industry, City Council and “other stakeholders” to lay the groundwork for moving forward with the contiguous project. Because it would be mostly funded with a hotel room tax hike, the plan would go before voters, likely next year.

The city still has to resolve a lawsuit challenging the Coastal Commission’s approval of the project. City officials will also continue to explore the off-site expansion idea, according to the mayor.

CSLI conducted phone and email surveys of 200 current, past and potential convention center customers, held focus group sessions in Chicago and Washington, D.C., and met with representatives from the hospitality industry, elected officials and the Port of San Diego, which owns the land.

According to the consultant, the city could expect one additional large convention or trade show annually with a contiguous expansion, but one fewer if the campus option is adopted, because such events are outgrowing the current building. Organizers of the large shows had little interest in the campus option, according to the report.

The city would also receive seven to eight more medium-sized conventions and 11-14 smaller shows, according to CSLI.