San Diego’s Qualcomm was the subject of back-to-back articles in the The Wall Street Journal this week, first about it’s Snapdragon processor business and then regarding stock grants paid to keep top staff from being poached.

On Thursday, the Journal’s Heard on The Street section reported that the South Korean phone maker Samsung won’t use the Snapdragon for the core of its upcoming Galaxy S6 smartphone. Samsung will apparently use one of its own Exynos processors. 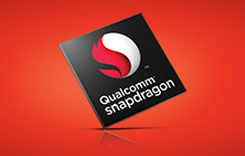 However, the Journal noted, the new phone will still have plenty of Qualcomm-designed components.

Then on Friday, the Journal reported that Qualcomm awarded $95 million in special stock grants to top executives as they were being recruited by competitors. Those receiving grants included CEO Steve Mollenkopf, who was being recruited to head Microsoft.

The company has more than 30,000 employees and a market value of approximately $120 billion.