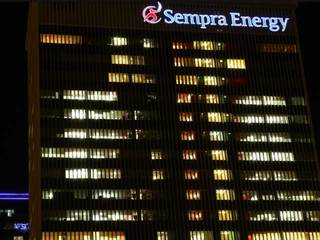 San Diego Gas & Electric recorded an additional $9 million after-tax charge in this year’s first quarter for the closure of the San Onofre Nuclear Generating Station, according to Sempra. Otherwise, the parent company of SDG&E and Southern California Gas Co. would have made $525 million, or $2.11 per diluted share.

“Our financial performance in the second quarter and the first half of 2014 was strong and consistent with our full-year earnings guidance,” said Debra Reed, Sempra’s CEO. “Additionally, we have made significant progress on several of our key projects.”

SDG&E’s earnings were $123 million in the second quarter of this year, up from $65 million last year, according to Sempra. The increase was primarily based on higher California Public Utilities Commission base margins and improved operating results.

The local utility company’s earnings for the first six months of the year was $222 million, up from $156 million in 2013.