Forbes Magazine on Thursday cited San Diego is the top city in the United States for launching a startup.

“Small enterprises ranked in the top five on nearly every category to lift San Diego into the top slot,” Forbes said in an article on the magazine’s website. “There is heavy concentration in projected high growth industries, as well as a high likelihood of accepting credit cards and adopting social media.” 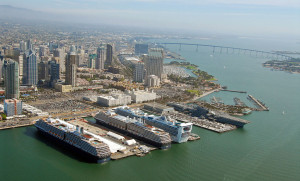 In addition, Forbes noted, San Diego is home to the fifth-best rated overall business community in the country.

“It’s no secret to San Diego’s entrepreneurs and startup community that San Diego is a great place to start a business,” Mayor Kevin Faulconer said. “This is just a reminder that we need to continue to foster a fertile environment for small businesses to grow.”

In a Facebook post, Rep. Scott Peters (D-52), lauded Forbe’s designation and said that it’s “great to see San Diego receive the recognition it deserves for being at the cutting-edge of innovation and technology, and a good home for small businesses.”

The ranking used data from Radius, a company that collects data on small business,  and was based on five criteria:

Here’s how Forbes ranked the top 10 cities for startups: