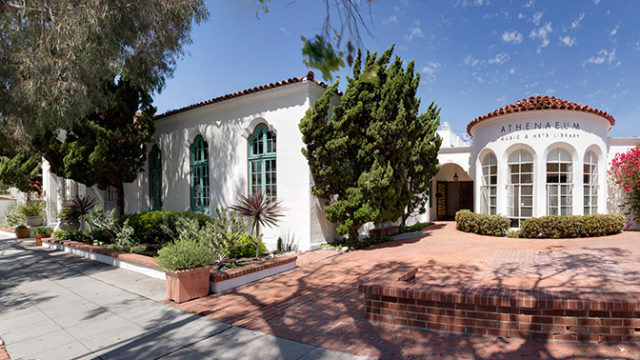 The Athenaeum Music & Arts Library will present RAPHAEL, a five-week lecture series by art historian Victoria Martino, commemorating the 500th anniversary of the artist’s death. In Memoriam Konrad Oberhuber (1935–2007), in Tribute to the 85th Anniversary of His Birth (March 31, 2020)

Join art historian Victoria Martino for an in-depth look at the life, work, and legacy of the great Renaissance master whose far-reaching influence on art and aesthetics still makes itself felt 500 years after his death. The consummate example of a “Renaissance man,” Raphael excelled in all artistic disciplines: exquisitely executed drawings, paintings, frescoes, mosaics, tapestry cartoons, preparatory drawings for engravings, and architectural designs. Beloved, admired, and emulated by all who knew him, he exemplified the essential virtues of the courtier, rising higher in the social hierarchy than any other artist of his time.

Son of Giovanni Santi, court painter to the Duke of Urbino, Raphael was trained from an early age as a painter and courtier. Orphaned at age 11, the precocious young artist took over the management of his father’s workshop. He was apprenticed to the Umbrian master Pietro Perugino, absorbing his teacher’s style so thoroughly that art historians still have difficulty distinguishing between their hands. Raphael’s prolific output during his years in Umbria indicates that he was already very much in demand as a painter throughout the region.

The young “master” broadened his artistic horizons by moving to Florence, cultural center of the Italian Renaissance. There he studied the works of Leonardo and Michelangelo, avidly assimilating aspects of their styles without losing his own developing style. In Florence, Raphael also began to immerse himself in the study of classical antiquity, incorporating elements from sarcophagi in his drawings and paintings. At the suggestion of the papal architect Donato Bramante, who was distantly related to Raphael, the new Pope Julius II invited the young artist to Rome, where he spent the rest of his life.

In Rome, Raphael was immediately commissioned by Pope Julius II to decorate his private library in the Vatican Palace with frescoes. These works met with such acclaim that Raphael was asked to paint frescoes in three succeeding rooms of the Pope’s private quarters. Further papal commissions included tapestry designs (cartoons) for the Sistine Chapel, and decorative frescoes for the loggie of the Vatican Palace. Raphael quickly became the most sought-after artist in Rome, painting portraits, altarpieces, and religious paintings, decorating villas, and designing chapels and churches.

Raphael received more commissions in Rome than he could possibly execute. Consequently, he built up a large studio of assistants, which grew to include fifty artists, some of whom later became famous in their own right. The universal demand for designs by Raphael led him to create preparatory drawings for engravings, which were executed by a master printer, Marcantonio Raimondi. Appointed architect for St. Peter’s Basilica after Bramante’s death, Raphael also designed and decorated villas for the patrician class.

APRIL 28: CRITICAL RECEPTION THROUGH THE CENTURIES

At the time of his premature death at age 37, Raphael was the most beloved and renowned artist of his time. Thousands attended his grand funeral, and he was buried in great pomp in the Pantheon. Over the course of the centuries, he became the most important artist to imitate or rebel against. He was the hero of Renaissance humanism and classicism, and the antihero of Mannerism and the Baroque. In the 19th century, Raphael was the model for the German Nazarene movement and the nemesis of the Pre-Raphaelite Brotherhood in England.

For reservations or more information, call 858-454-5872 or go online to ljathenaeum.org/art-history-lectures.