Photos and story by Chris Stone

Saturday’s Day 2 at KAABOO Del Mar taxed some fans, with a number treated for heat complaints, taken out on stretchers. But others grasped skyward at dollar bills that flew at the Cheat Codes show.

But the uncomfortable weather didn’t stifle crowd attendance and enthusiasm for the fiery performances coming from the stages at the music, culinary, humor, and art festival.

During Cheat Codes’ opening song, Trevor Dahl jumped off the stage an onto a metal barricade in front of the crowd. To the fans’ delight, he threw a fistful of dollar bills skyward at the Del Mar Fairgrounds’ Grandview stage.

Fans reached in hopes of acquiring the concert souvenirs.

He wasn’t the only artist to get up-close-and personal. Earlier in the afternoon, at the opposite stage, Jon Foreman of San Diego-based Switchfoot was literally supported by fans as he waded into the crowd of thousands at the Sunset Cliffs stage.

In another visually explosive move, OneRepublic lead singer Ryan Tedder performed a high-flying jump from band equipment to the stage during their third song.

In a second day of heat, fans tried to keep cool by downing their favorite beverages — including lots of beer and cocktails. And slipping into the cooled exhibit hall featuring art.

More than three dozen artists at Bing Crosby Hall displayed an extensive variety of work, including paintings, multimedia and jewelry.

Outside, nine artists using scaffolding put their finishing touches on murals, such as Caia Koopman, who painted a climate-change mural on the west side of Bing Crosby Hall.

The Humor Me lineup for Sunday is Taylor Tomlinson and Ken Kirkman, Bob Saget and Wayne Brady.

Favorites from our memory cards: 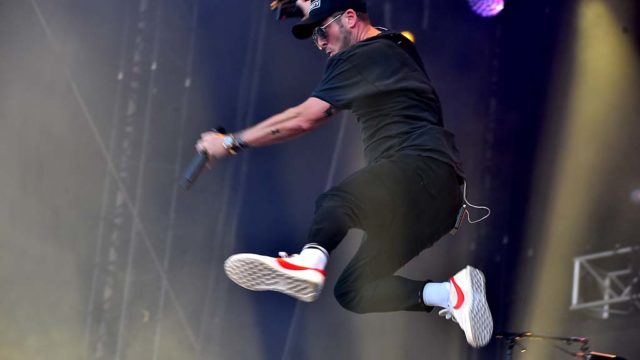 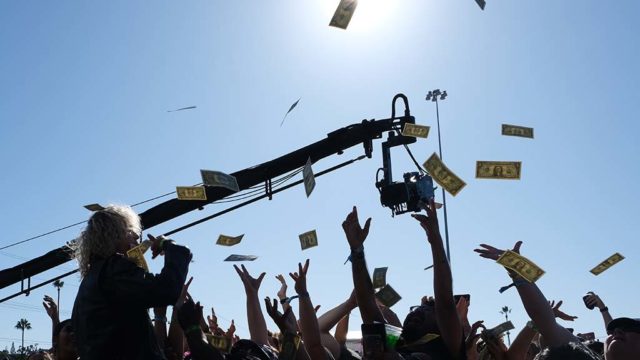 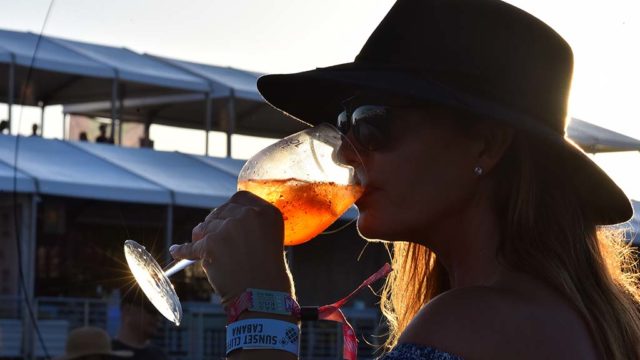 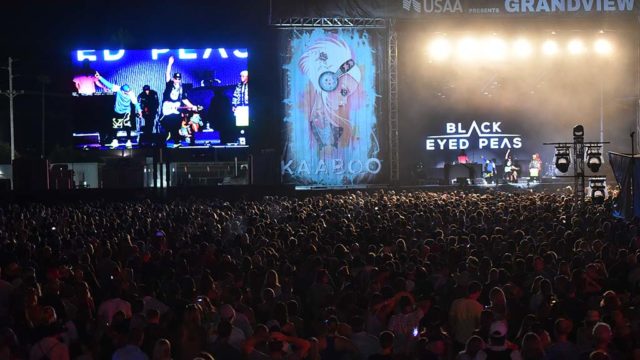