Last year, Times of San Diego chose its Top 10 faces of Comic-Con. This year, we expand to 20.

Given the thousands of badge-carrying cosplayers and the many costumed folks who flocked to the Gaslamp Quarter without access to the San Diego Convention Center, it’s impossible to be definitive. But our favorite faces follow.

No. 20: Todd Schmidt of San Diego as the Silver Surfer 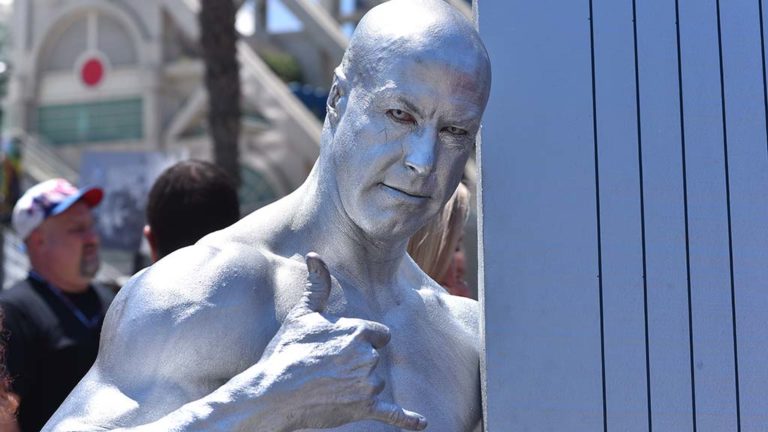 No. 19: Feline (left) at the San Diego Convention Center 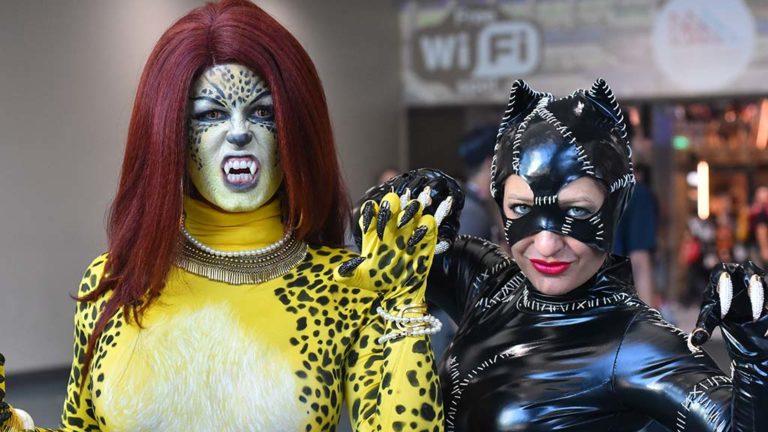 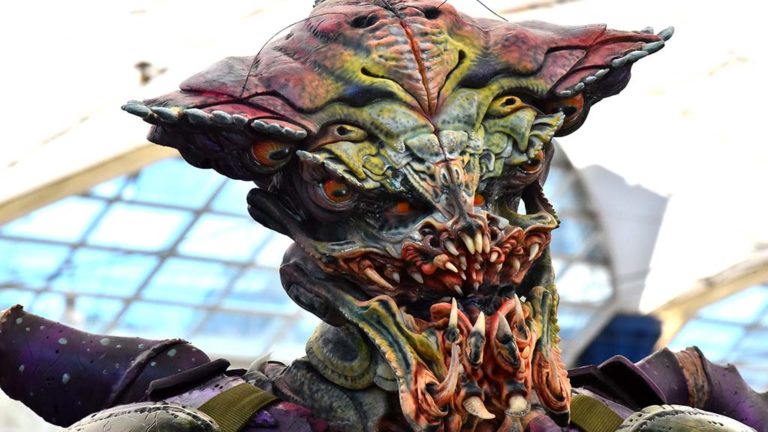 No. 17: Anastasia Stein of Escondido as a Bedouin belly dancer 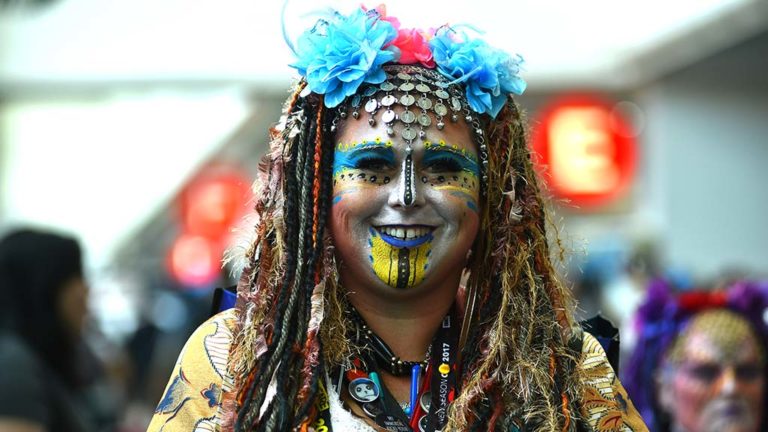 No. 16: A woman dresses as Harley Quinn at Comic-Con 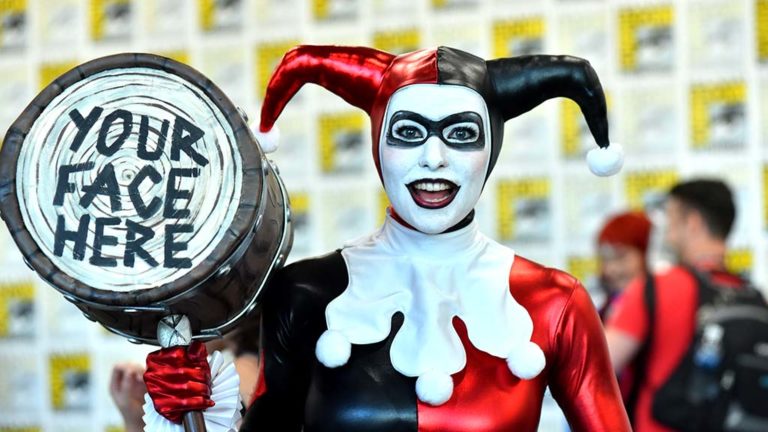 No. 15: Adro Mabza of San Diego as Maleficent of Sleeping Beauty 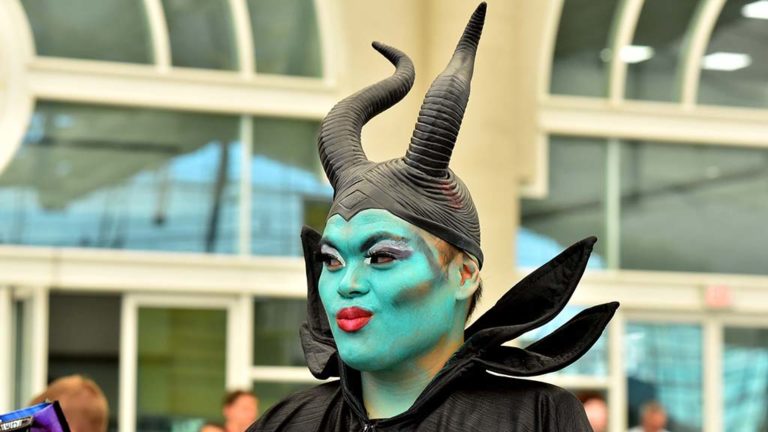 No. 14: Rez of Hollywood is in the metal band Have You Heard? 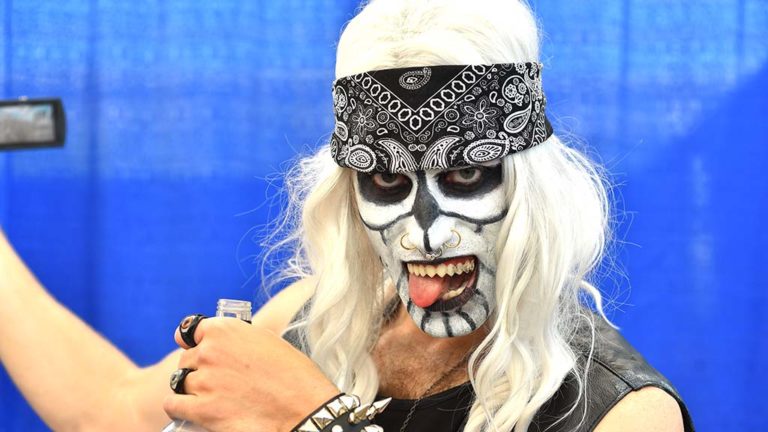 No. 13: Leah Thomas as Diva Plavalaguna from Fifth Element 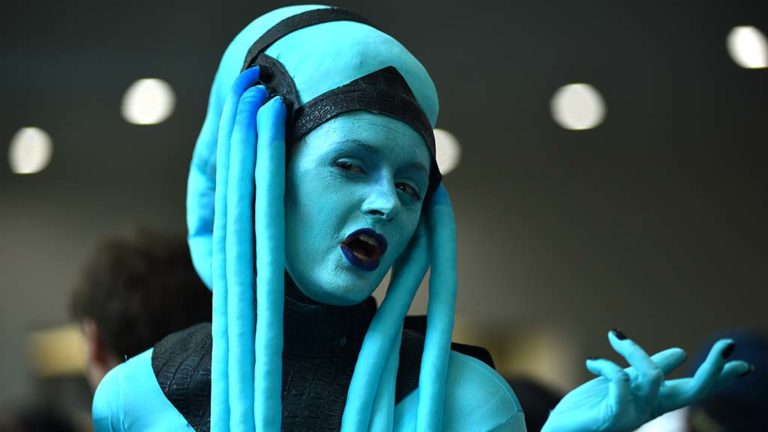 No. 12: Nick Vasquez of San Ysidro as a burnt walker in Walking Dead 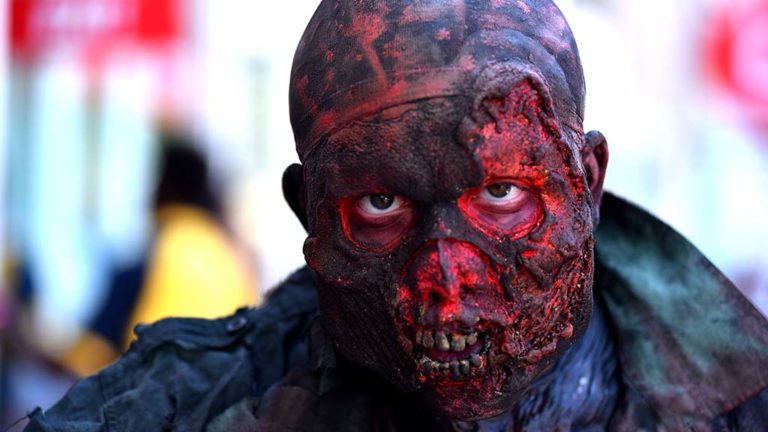 No. 11: Jobeth Wagner of Pasadena as Hela in Marvel Comics 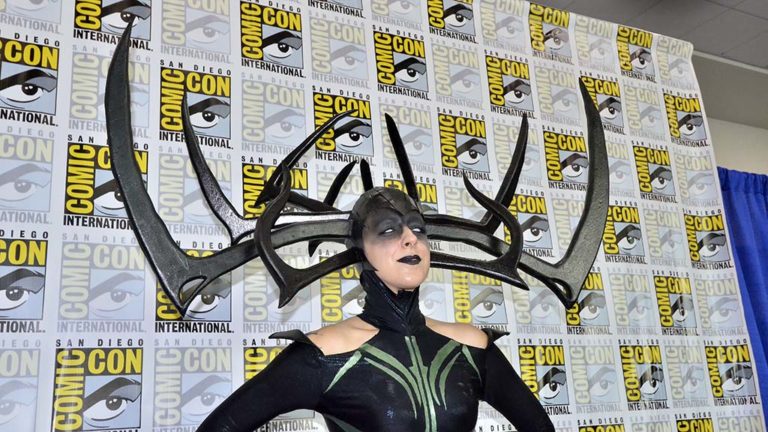 No. 10: Beth Taylor of City Heights as a Bedouin belly dancer 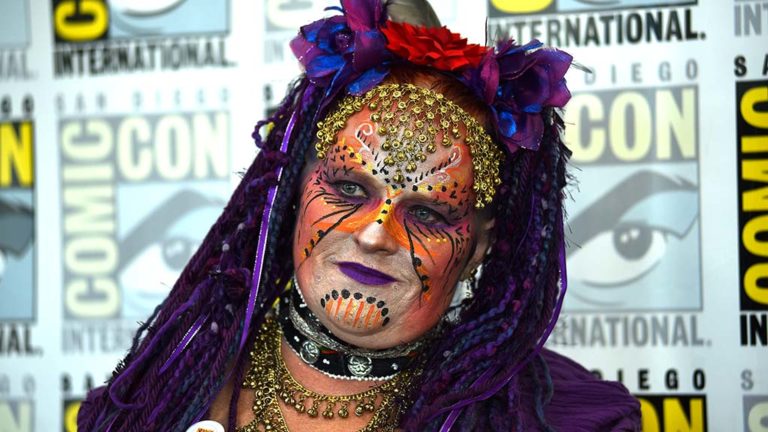 No. 9: Eddie Quintero as Adam Warlock 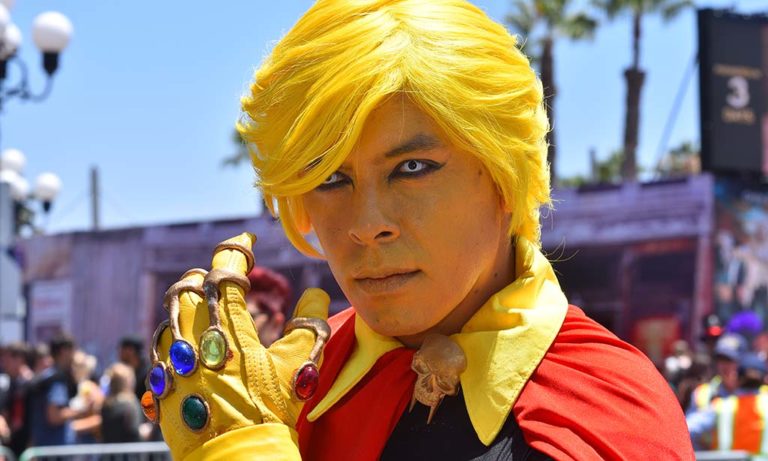 No. 8: David Perez of Sacramento as Beetle Jack 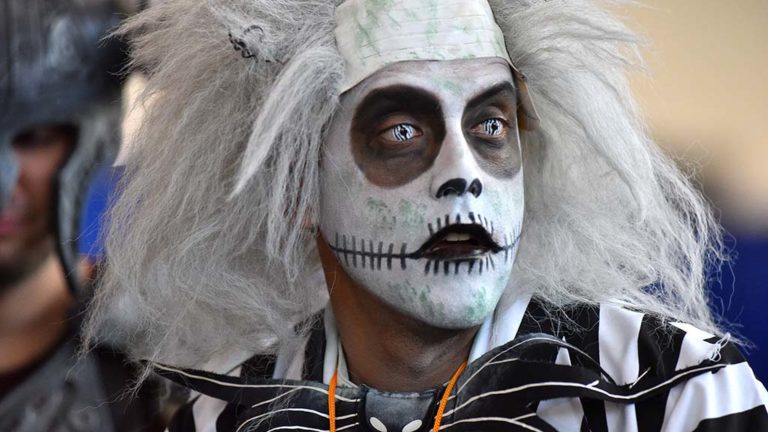 No. 7: Michele Nash of Point Loma as the Red Queen 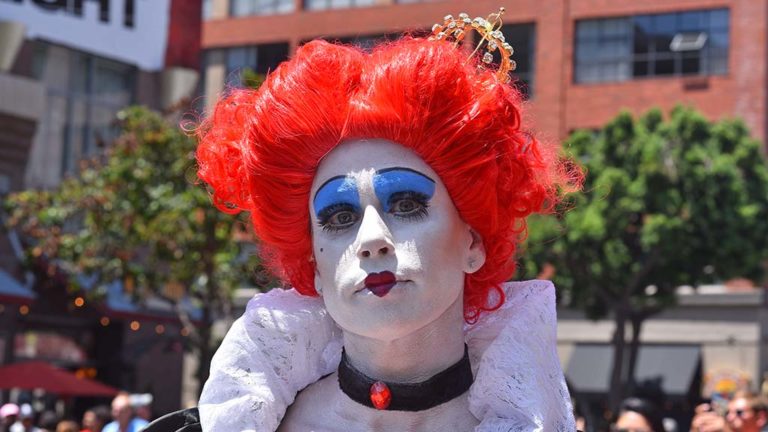 No. 6: Mike Syfritt of Phoenix sports a punk rock mohawk 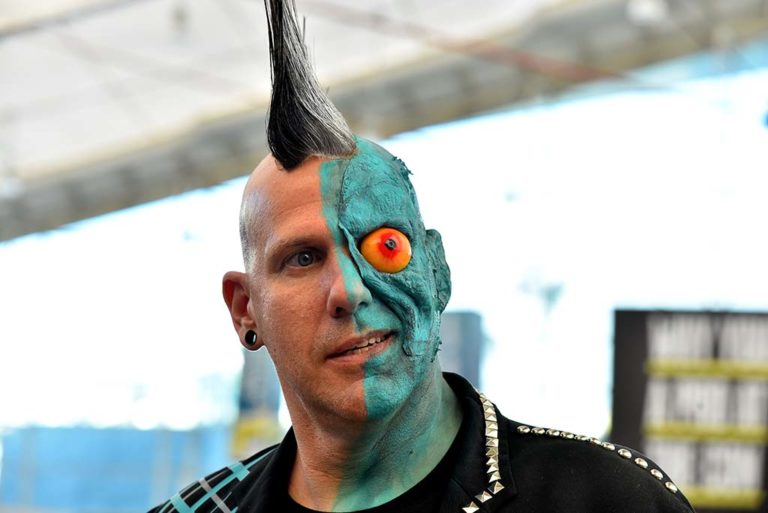 No. 5: A cosplayer as Fauno Ofelia in Pan’s Labyrinth

No. 4: Chad Nelson of San Diego as Darkness from Legend 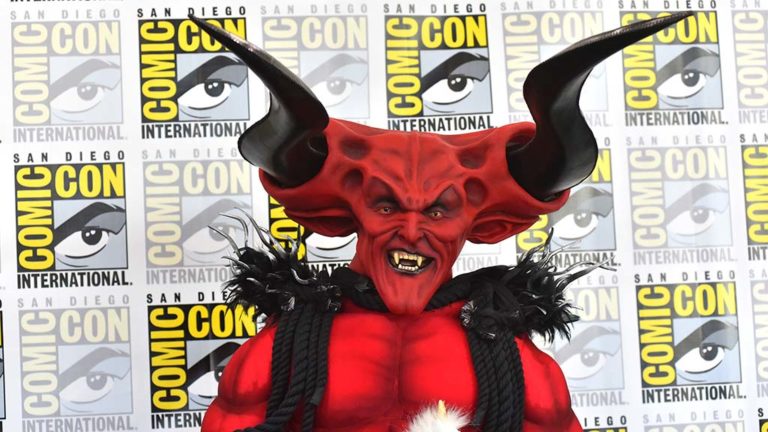 No. 3: Abriana Sommons of Oakland with Comic Pop Art 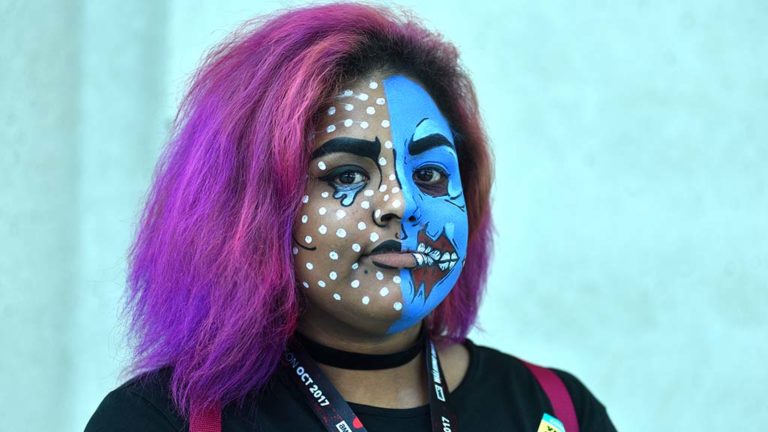 No. 2: Sheila Noseworthy of Calgary, Alberta, as the Ghost Rider 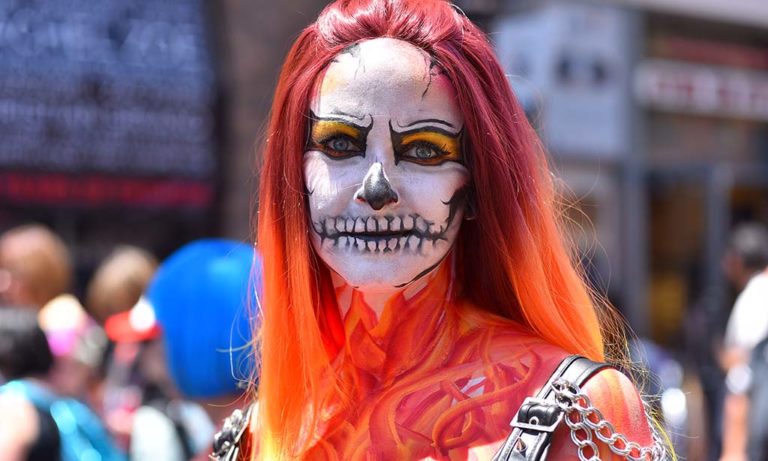 No. 1: Christina Broughton of Jacksonville, Florida, as Amaterasu from the video game Okami 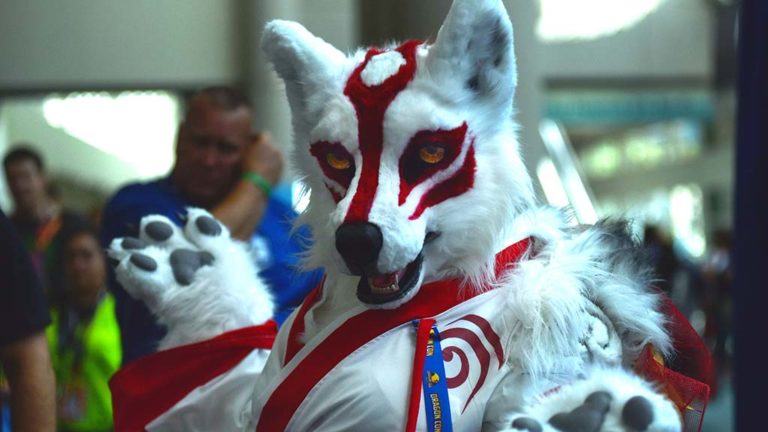