The curtain is coming down on the San Diego Opera. After almost five decades, the opera company will cease operations at the end of its 2014 season, says artistic director Ian Campbell. 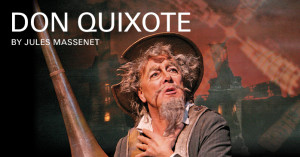 “After nearly 50 years as a San Diego cultural cornerstone providing world-class performances, we saw we faced an insurmountable financial hurdle going forward,” Campbell said. “We had a choice of winding down with dignity and grace, making every effort to fulfill our financial obligations, or inevitably entering bankruptcy, as have several other opera companies.”

Campbell said the board voted Thursday to wind down the opera company’s operations after the final performance of Don Quixote.

The opera company, which is ranked among the top 10 in the nation by Opera America, says it will begin the shutdown April 13 and plans to have operations wrapped up by the end of its fiscal year, June 30.

Board chair Karen Cohen called the decision heart-wrenching and unavoidable.

“After 28 years of consecutive balanced budgets, it was clear we could not continue,” Cohen said. “In spite of excellent financial management, the Opera faced increasingly higher ticket sale and fundraising hurdles.”

The patron and donor base for opera companies are diminishing nationwide. Opera companies in New York City, Boston, Cleveland, Baltimore, San Antonio and Orange County have gone out of business recently, according to the San Diego Opera.

The Opera will stage one performance of Verdi’s Requiem March 20, and four performances of Massenet’s Don Quixote April 5, 8, 11 and 13 before ceasing operations.

“Although it is a sad day for San Diego culturally, we have to thank everyone who supported us for nearly 50 years,” Campbell said. “It is better to go out with dignity, on a high note with heads held high than to slip into the night, leaving creditors and community in the lurch.”