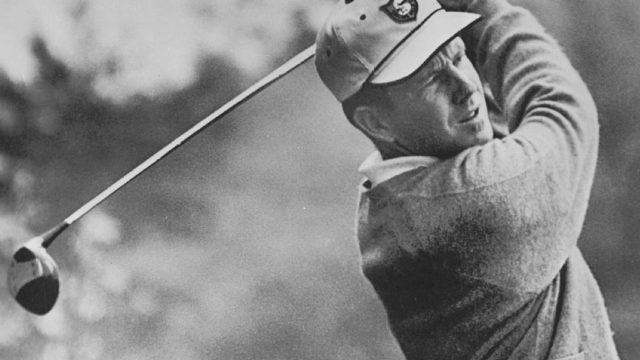 Littler, a World Golf Hall of Famer, was born in San Diego in 1930 and died in his hometown Friday night, according to the San Diego Union-Tribune.

His death was also reported by the United States Golf Association.

“Gene the Machine,” so named because of his efficient and stylish golf swing, would go on to win the 1961 U.S. Open at Oakland Hills in Michigan, along with 29 other PGA tour events.

“His swing was metronome-like. No question,” Chuck Courtney, the pro emeritus at Rancho Santa Fe Golf Club who played alongside Littler on the PGA Tour, told the San Diego Union-Tribune.

Littler, contemporary of fellow pro-golfer and San Diegan Billy Casper, survived cancer of his lymph nodes after undergoing surgery in 1972. He would win five more titles after that. Littler was inducted into the World Golf Hall of Fame in 1990.

As the oldest surviving U.S. Open winner, Littler and his family had been preparing for a possible appears at the U.S. Open in Pebble Beach in June, according to the Union-Tribune.

He is survived by Shirley, his wife of 68 years, and his two children, Curt and Suzanne.