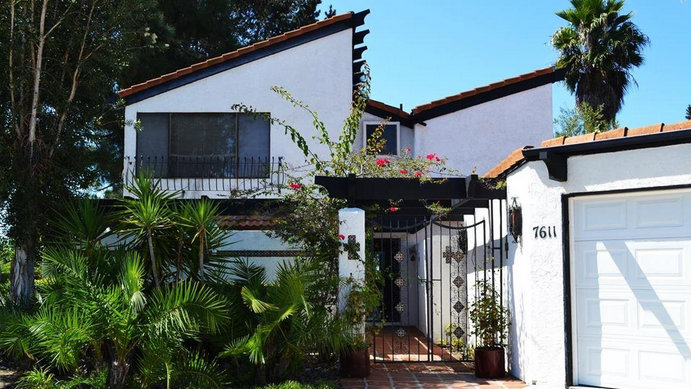 A City Council committee meeting on possible new rules for short-term vacation rentals in San Diego attracted so many public speakers Wednesday that another hearing was scheduled for next month.

The issue has developed in recent years as more property owners offer to rent their residences for periods of a few days to one month.

Many residents, especially in the beach areas, contend their quality of life is suffering because of increased noise from heavy partying and overcrowding. Many owners, however, said they’ve had few problems with their guests, and need extra income to keep up with high housing costs.

Members of the public who didn’t get a chance to speak at the meeting of the Smart Growth and Land Use Committee were invited back on May 29, at 9 a.m., at City Administration Building, 202 C St., when the hearing will resume. After the public testimony, the committee members will comment and provide direction to staff.

Marcie Beckett, who belongs to a grassroots group called Save Our San Diego Neighborhoods, told the committee that she’s confronted with a “constant parade of strangers,” and that vacation rentals don’t belong in residential areas.

“The noise and negative impacts make it so that neighbors are unable to enjoy their houses and backyards,” Beckett said. “It’s scary having a revolving door of strangers watching your kids play in the yard.”

She said such properties diminish the housing supply for people who want to buy or rent long-term.

While she and some others want to prohibit short-term vacation rentals in residential areas, other opponents said enough regulations are on the books, but the city needs to enforce them.

On the other side of the issue, Tony Griffin, who lives in the Windansea area of La Jolla, said he rents his house whe he goes away on vacation.

“In two years, I’ve had one problem,” Griffin said, adding that his loud renters quieted down immediately after being warned of neighbors’ complaints.

Other owners who rent their properties said more problems are caused by full-time residents than vacationers.

Many who defended the practice said they rent out rooms in their own homes to offset the high cost of living. Those who asked for tighter regulations conceded that the problem properties usually are owned by investors who don’t live on-site.

Currently, the city’s regulations on vacation rentals are few, according to a report by the city’s Independent Budget Analyst’s Office. All property owners have to do is obtain a registration certificate to pay a room tax monthly and a rental unit business fee annually.

Earlier this year, the city treasurer’s website was updated with information for owners who rent out their homes. Nearly 1,800 owners of vacation rentals were registered with the city as of Feb. 10, but the IBA estimated around 3,100 properties were available to vacationers.

Other regulations fall under the city’s general guidelines for using residential properties. The IBA said there is no specific category for vacation rentals.

While city officials and property owners are seeking clarification of the rules, neighbors of vacation homes — especially longtime residents who have sunk hefty amounts of money into homes in pricey beach neighborhoods — are concerned about various nuisances.

Beckett said short-term rentals have “proliferated” in San Diego and expanded beyond the beach areas. A map provided by the organization showed clusters of such properties in trendy areas like the East Village, Little Italy and South Park.

Beckett’s group pointed to an ad for a Pacific Beach residence on the popular rental website VRBO.com, which highlighted its nine queen beds and ability to sleep 20 people in the 3,500-square-foot unit. While the home is comparatively large, it comes with only one parking space.

Vacation rentals have become more popular in recent years in the face of sky-high hotel room rates, and they provide extra amenities like full-service kitchens that can come in handy for families or travelers who plan to stay for more than a couple of days. They are also part of what some experts call the “sharing economy” that also features easy, Internet-based bicycle and electric vehicle rentals.

Committee Chairwoman Lorie Zapf said around 90 minutes of public testimony will be taken at the next meeting.

City staff will take the committee’s direction and create proposed code amendments, which will need to be vetted and approved by the full City Council. Regulations that apply to the beach areas will also need to go before the California Coastal Commission.

The overall process could take two years, according to staff.

Hearing on Controversial Vacation Rentals Will Continue in May was last modified: April 22nd, 2015 by Debbie L. Sklar