With budget cuts threatening critical medical research in the region, two local representatives are calling on Congress to increase funding to the National Institutes of Health. 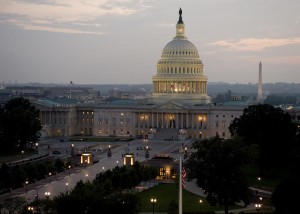 “San Diego is the cornerstone of medical research in the fight against deadly and debilitating diseases,” Rep. Susan Davis (D-San Diego)  said in a statement. “Virtually everyone knows someone who is struggling with a disease where NIH funding is used to find a cure.  In recent years, we have seen that funding threatened by budget cuts, which affects medical advancements and our local economy.”

Davis and Rep. Scott Peters (D-San Diego) are leading the bipartisan effort that asks for $32 billion in funding be allocated to NIH grants in fiscal year 2015. Thousands of scientists in labs throughout San Diego County depend on about $800 million in NIH grant funding for their research each year.

“Providing robust funding for the National Institutes of Health (NIH) is necessary for our country’s long-term competitiveness,” Rep. Peters said in a statement. “In San Diego, our universities and research institutes both large and small rely on NIH for the grant funding that allows them to do their work. If we want to make sure that the next discoveries are made here in America, and that the best and brightest scientists in the world that we educate and train choose to stay here, we need to get NIH funding back on track. I’ll keep pushing with this bipartisan coalition to get it done.”

Davis is asking colleagues to add their names to a letter to convince appropriators to allocate the money. More than 40 members of the House of Representatives have signed the Davis letter so far.