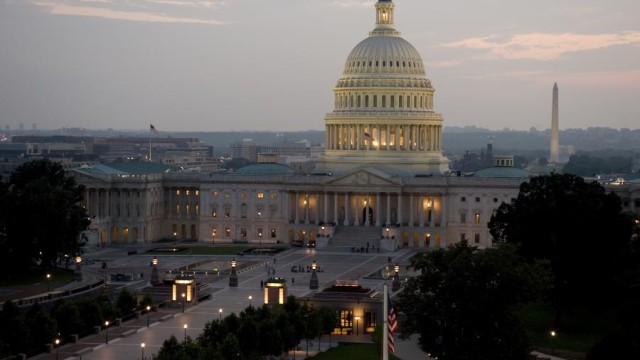 In two very distinct areas of government, a lack of oversight and accountability has allowed a few to wreak havoc on the prestige of American governmental institutions. Recently, America has witnessed blatant failure in our economic regulation and in our intelligence community to faithfully execute their duties to America as public servants. Seven years out from the financial crisis which brought us the Great Recession, the Federal Reserve is failing in its duty to create a plan to avert a similar crisis. Meanwhile, the CIA, a dedicated foreign intelligence agency with no right to use resources domestically, has been spying on the very Senate committee charged with overseeing their practices.

Along with the Dodd-Frank Wall Street Reform and Consumer Protection Act, passed in 2010, came a provision requiring large financial institutions to create plans to handle distress or failure of their business without harming the economy as a whole. All financial institutions covered by this provision should have been in compliance and submitting these plans annually by the end of 2012. Yet here we are in 2014 with Congress grilling Janet Yellen, chairperson of the Federal Reserve, because many of these plans, including plans for some of the largest institutions subject to these requirements, are not realistic. This is not to say that these financial institutions haven’t submitted plans for the last two years, but rather that their plans have not fulfilled the requirements set out in Dodd-Frank and that the Fed and the FDIC either haven’t brought or couldn’t bring these institutions into compliance. As good as it is to see Congress laying into the Fed chairperson for not doing her job, it has taken two years of failure to get the attention of Congress and they still have not found a way to correct the problem.

The CIA has been accused of, and admitted to, using their resources to spy on the Senate Intelligence Committee. While being investigated by the Congressional committee which is supposed to oversee the CIA, it was violating its charter by using its resources domestically to spy on that self-same committee. In response, the Justice Department declined to prosecute anyone in the CIA for these violations. If Congress cannot oversee this agency without being spied on in the process and the Justice Department refuses to prosecute the CIA for these transgressions, how is there to be any kind of accountability for the actions of the CIA?

These events are part of a greater concern to America. Within the Federal Reserve and the CIA, there are thousands of hard-working, well-meaning Americans who are trying to do what’s right for the country. The actions of the few who are failing to do their jobs, who refuse to do their jobs, or who are actively breaking the law and stepping outside the bounds of their responsibilities is more than an insult to the many faithful public servants they work with. It casts doubt upon their abilities, abilities they have honed for the benefit of all America. It casts doubt upon their faithfulness, even if they have been ever faithful. It removes the trust of the people they serve, even if they are deserving of that trust.

This leaves us with a question. If the current mechanisms for oversight are not allowing those who are faithful public servants to succeed, if they are not weeding out those who would abuse their positions, who will hold those involved in oversight accountable? In this case, the buck stops with the people. If Americans cannot hold their representatives feet to the fire, there is no motivation for proper oversight. If we cannot make our voices heard, we cannot convince every politician running for office that they should be doing something about such failures. If we truly cannot, nothing will change. The final oversight, the final source of accountability is the people. We have only to realize that, and exercise our power as voters, our power of freedom of speech and of the press, our powers of peaceable assembly and petition for redress of grievances, and we can provide the accountability and oversight we are so clearly missing. Until then, it will be business as usual in our government.

Steven J. Rubert is a San Diegan, firearms enthusiast, and student of economics. He is a board member of Moderate Majority, a local non-profit working to end partisanship.

What Ever Happened to Accountability in Government? was last modified: August 17th, 2014 by Editor