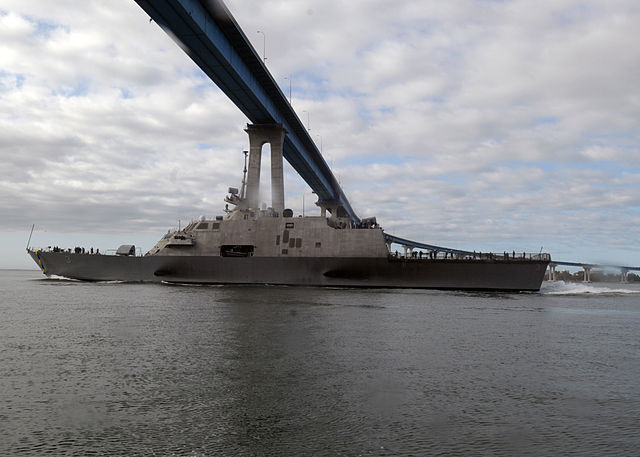 The littoral combat ship USS Fort Worth is scheduled to depart San Diego on Monday for a 16-month assignment in Southeast Asia, the Navy announced Thursday.

The vessel’s maiden deployment will include the first use of a drone helicopter aboard a deployed LCS, according to the Navy. Besides the MQ-8B Fire Scout drone, it will carry one MH-60R Seahawk helicopter.

While the Fort Worth will operate out of Singapore for well over one year, crews will rotate aboard the ship roughly every four months, according to the Navy.

“There is no doubt that LCS brings an enhanced capability to the Asia- Pacific region,” said Vice Adm. Kenneth Floyd, U.S. Third Fleet commander. “We are proud of the crews for the countless hours of hard work in preparation for this inaugural deployment and we’re looking forward to Fort Worth building on the successes and lessons learned from Freedom’s deployment last year.”

The Freedom was the first LCS to deploy to Southeast Asiae. The Navy said lessons learned about procedures and maintenance issues aboard the Freedom will be applied when the Fort Worth departs.

An LCS is a fast and maneuverable vessel designed for fighting in coastal waters. The new type of ship can be outfitted for various missions.